‘We are monitoring how FG is spending Abacha's $322.5 million loot’ - Group

7:01 AM CuteNaija 0 Latest News in Nigeria 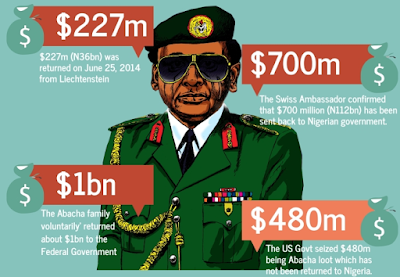 The Resource Centre for Human Rights and Civic Education on Monday in Kano commenced tracking of the Conditional Cash Transfer of the $322.5m returned Abacha loot being used by the Federal Government for the National Social Investment Programme.

The Executive Director of the CHRICED, Dr Ibrahim Zikirullahi, said while speaking on the returned loot during a training workshop in Kano on Monday they deployed 287 monitors in the first phase of the project in 2018.

He said, ‘’In the second phase, which begins with the ongoing training, we will be collecting data from Kaduna, Katsina, Kano and Jigawa states in the North-West.’’

He said no fewer than 321 monitors, including three supervisors and six deputy supervisors, would to be deployed this year.