WATCH VIDEO: Brave cab driver fights man that held a gun to his head in his taxi 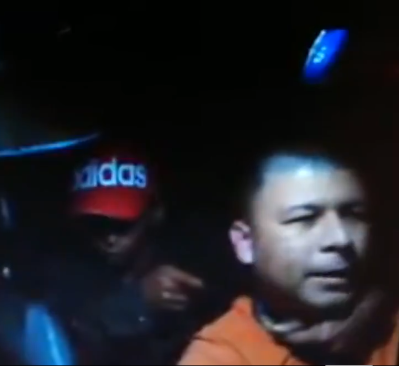 A brave cab driver was filmed fighting off a gunman who held a gun to his head in his taxi.

In a video of the incident, the gunman is seen holding a gun to the driver's head while giving him orders and making threats as the cabman drove.


After a while, the cabman reached behind him and begins fighting back. He succeeded in pushing the gunman off him and quickly got out of the vehicle.

The incident took place in the western Ecuadorian province of Manabi and was recorded by a security camera inside the taxi after the gunman had reportedly gone into the vehicle with another person pretending to be passengers.