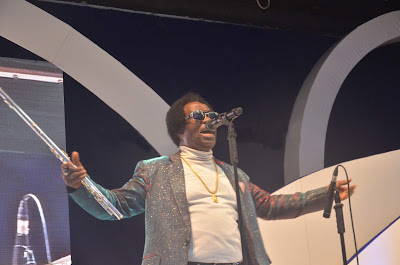 Legendary highlife musician, Victor Uwaifo, has called on government and corporate bodies to take over his private music museum to save it from total rot.

Uwaifo said that he had invested hugely in preserving the culture and history of the Edo people and Nigerians at large by establishing the timeless museum.

He said that the museum, which housed all his intellectual property, ancestral shrines, slave market peculiar with Edo state, rituals and more, was his contribution to humanity.


According to him, government or private investors could take up the management of the historically-rich museum to ensure proper preservation and conservation of the content.

” I have put in so much into the museum, my flesh, blood and money have been invested into the museum and I want government to take it over for proper management.

“I invested so much money into the museum which I could have put on fixed deposit.

” I am a fulfilled musician and artist, for me, there is nothing better than music and art because it gives me satisfaction.

” It makes me look forward to the future with pride,” said Uwaifor, famously known as Guitar Boy.

Uwaifo said that the museum was a beehive of activities since inception as it had recorded huge patronage from students who got entertained, educated and inspired through its works of art.

Responding after a tour of galleries within the museum, Chief Olusegun Runsewe, Director General of NCAC, promised to assist in maintaining the museum.

Runsewe promised to supply computer systems to the museum for proper data capturing which, he said, was very important to its growth.

” If this museum were to be in other countries of the world, tourists would be paying hugely to visit it, we must ensure this place is well preserved for the sake of posterity.

” The education I got here is out of this world and am happy that history is kept and our children can learn,” he said.

The News Agency of Nigeria reports that the museum contained Uwaifo’s personal intellectual property which had various galleries with artefacts and monuments preserved over 50 years.

Some of the content were guitar made by him, replica of his musical studio, slave market, killing of notorious armed robber, Aninih, paintings of famous Nigerians and more.