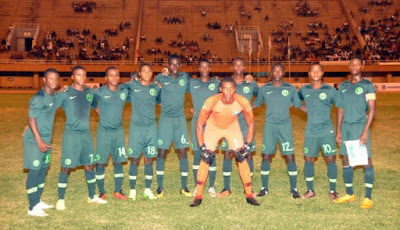 Golden Eaglets 21-man team will be among the 504 players expected to battle for honours as the FIFA U-world cup kicks off on October 26.

The squad list for the 24 participating countries has been confirmed by the world soccer ruling body with five time champions Nigeria hoping to continue build on the successes recorded in the past.

Nigeria has been pitched in this 18th edition of the tournament against Hungary, Ecuador and Australia.


The Eaglets who have been shaping up in Brazil with friendly matches, will open campaign against Hungary on October 26, face Ecuador October 29 before rounding up the group stage with a November 1st clash with  Australia.