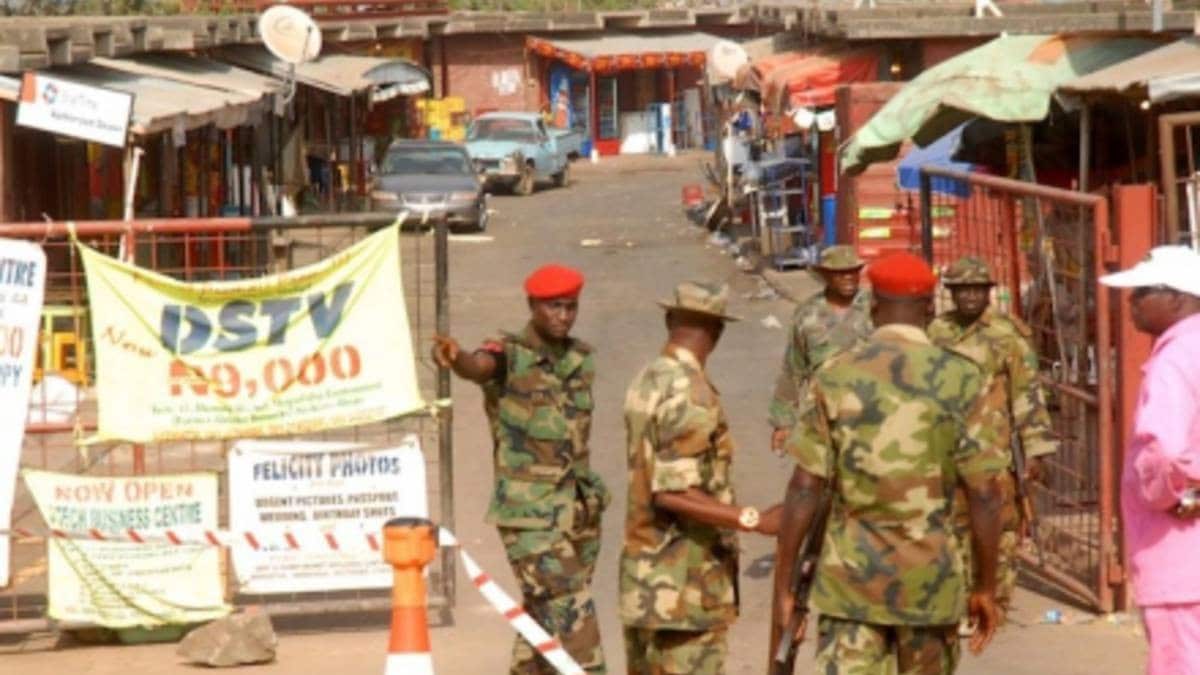 There was palpable tension on Monday in Osogbo, the Osun State capital as armed soldiers in their large numbers invaded the headquarters of Police Command in the State, causing serious panic among residents.

A reliable source around the area who pleaded anonymity revealed that the incident happened around 1 pm on Monday, adding that exchange of gunfire between the soldiers and police officers at the entrance of the command drew the attention of people around the area.

He explained that the invasion was a response to an earlier incident on Saturday in which a soldier was alleged to have stabbed a police officer during a hot argument, and the subsequent arrest of the soldier, who was detained at the police headquarters.

According to the source, some colleagues of the soldier later mobilized to the command to forcefully secure the release of the arrested soldier in which police at the entrance of the command fearlessly resisted.

” Three soldiers had already gained entrance to the compound before they later mobilized themselves in large numbers, probably to disarm officers at the entrance and forcefully secure the release of their colleague but met serious resistance from officers at the gate.

Another source at the command confirmed that four soldiers are currently at the police custody.

Meanwhile, the Police Public Relations Officer in the state, SP Folashade Odoro, when contacted over the phone for reaction, said the police would issue a statement on the matter soonest.