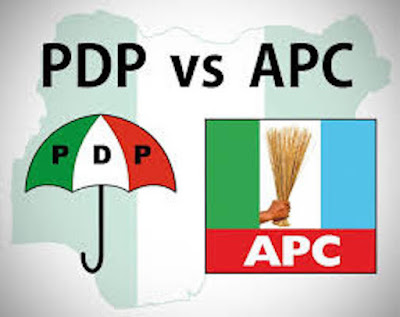 The Supreme Court of Nigeria has fixed date to hear the appeal of the Peoples’ Democratic Party (PDP) and it’s presidential candidate, Alhaji Atiku Abubakar in the 2019 election.

The Supreme Court scheduled to hear the appeal of the PDP, Atiku and Peter Obi, the Vice Presidential candidate for Wednesday, October 30, 2019.

Recall that the PDP and it’s candidate had faulted the Presidential Election Petition Tribunal that held President Muhammadu Buhari was duly elected as the President of the Republic of Nigeria in the election.

The Tribunal, in the lead judgment delivered by Justice Garba Mohammed dismissed the petitions filed by the Peoples Democratic Party, PDP, and its candidate, Atiku Abubakar against the election of Buhari in its entirety as they lacked merit.


Justice Mohammed held that evidence given by the 62 witnesses called by the PDP and Atiku did not have any impact in helping the petitioners’ case, adding that the petitioners could not prove that Buhari was not duly elected.

He further added that Atiku and the PDP have no evidence of non-compliance to the electoral act by the Independent National Electoral Commission, INEC.

He said failure by the petitioners to prove their case against Buhari and the All Progressives Congress (APC) in all grounds has led to the dismissal of the petition filed in its entirety.

The tribunal also ruled against the PDP and Atiku that Buhari possessed the West African School Certificate Examination, WASCE, to contest the 2019 election.

The tribunal said Buhari was not only qualified, but eminently qualified to contest the election, saying that the petitioners, Atiku Abubakar and PDP, could not run away from the fact that Buhari obtained WASCE that qualified him for the election.

It was gathered that PDP completely rejected the judgment of the Presidential Election Petition Tribunal (PEPT) even as President Buhari said the ruling of the Tribunal is victory for Nigerians who trooped out to overwhelmingly elect him for a second term in office.

In a statement, Kola Ologbondiyan, National Publicity Secretary of the PDP said “the party is particularly shocked that the tribunal failed to point to justice despite the flawless evidence laid before it, showing that President Buhari was not only unqualified to contest the election but also did not score the majority of valid votes at the polls.

“The PDP finds as bewildering that a court of law could validate a clear case of perjury and declaration of false information in a sworn affidavit, as firmly established against President Muhammadu Buhari, even in the face of incontrovertible evidence.

“The party is also rudely shocked that the Court took over the roles of the Respondents’ lawyers who clearly abandoned their pleadings by refusing to call evidence in defense of the petition. The court raked up all manner of excuses to make up for the yawning gaps occasioned by the total absence of any evidence from the Respondents.

“Nigerians and the international community watched in utter disbelief when the tribunal ruled that one need not provide a copy or certified true copy of educational certificate such individual claimed to possess, contrary to established proof of claims of certification.

“The party notes as strange that the court even went ahead to provide rationalizations in favour of President Buhari, even when all hard facts before it shows that he did not possess the claimed educational certificate and that the Army was not in possession of his WAEC certificate as claimed in the affidavit he deposed to in his Presidential nomination form”.

The PDP also described as shocking that the court approved the flawed declaration of President Buhari as the winner of the election despite evidence to show the perpetration of illegalities, manipulations, alterations and subtraction of valid votes freely given to Atiku Abubakar by Nigerians.

“Indeed, the pervading melancholic atmosphere across our nation since the verdict is a direct indication that the judgment has not fulfilled the desires and expectations of Nigerians.

“The PDP, however, encouraged Nigerians to remain calm and not to lose hope or surrender to despondency or self-help, as our lawyers are upbeat in obtaining justice at the Supreme Court.

“This is more so as the tribunal itself admitted that there are several errors in the judgment”.

Meanwhile, the National Chairman of the APC, Comrade Adams Oshiomhole had boasted that President Buhari and the APC will defeat the PDP and its presidential candidate, Alhaji Atiku Abubakar at the Supreme Court.

Oshiomhole spoke with State House correspondents when he accompanied APC women leaders from the national, zonal and 36 states of the federation to meet with President Buhari.

Oshiomhole was optimistic that no surprise will come out from the Supreme Court as they are most likely to rely on the Appeal court’s ruling.

He said “We as a party we are confident that if it is within the Nigerian law for PDP to go even to the world court, we will meet them there. The Supreme Court of Nigeria is not that of PDP or the APC, the Supreme Court is governed by law and is to interpret the evidence before the court of Appeal.

‘They are not at liberty to introduce new issues neither can they bring in new witnesses.

“So, if it is what I heard yesterday which I believe you also heard, thanks to the media, most Nigerians were detained for eight hours listening to arguments of the judges one after the other. Even though we thought it was getting longer and longer but we realised that they tried to deal with the issues raised, even the ones you and I as a layman will consider it consequential, they dealt with each of them, trashed them and arrived at a conclusion.

“So, I don’t want to sound arrogant. Yesterday, I said that I hope this whole contestation is about Nigeria who actually won the election and both parties are committed to building Nigeria and is not about who should be given the key.

“Now, this has been resolved and it is time to queue behind the winner and move on. Our winner is the best example that losing election is not tantamount to the end of your political life. He lost three and today he is the president.

“But, when I see the arrogance with which they pronounce and they bring what I call television lawyers, who pronounced with some managerial finality as if they are judges even without any evidence before them, let me now say authoritatively, we are now ready to meet them.