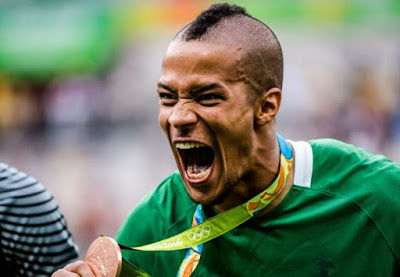 Super Eagles’ stand–in captain William Troost-Ekong says while they respect five–times world champions Brazil they however have no fear as both teams step out in a friendly in Singapore.

Ekong made the remarks on Saturday at a pre-match press conference ahead of Sunday’s clash with Brazil at the Singapore National Stadium in Kallang.

He said his team was inspired by the 1-1 draw fellow West African neighbors Senegal played with the South Americans.

The News Agency of Nigeria (NAN) reports that Brazil were held to a 1-1 draw by Senegal on Thursday in Singapore.


“Brazil are a top team, probably the best team in the world, but Senegal gave them a good fight on Thursday.

“We can pick some inspiration from that performance when we play the Brazilians on Sunday.

“It will be tough because they will want to win at least one game against an African team on this tour, but we will also want to take something off them,” he said.