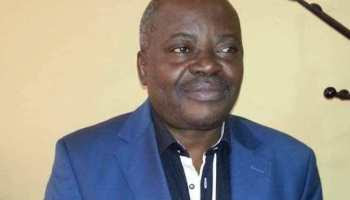 Olusegun Awonusi, a professor of English and former vice chancellor of Tai Solarin University of Education, accused of “habitual sexual harassment” by a student has said the University of Lagos (UNILAG) has exonerated him.

In May 2018, Joy Nwanna, a student of the institution, released semi-nude photos of the lecturer through Linda Ikeji’s blog saying the lecturer “was used to molesting students and that she was reaching out to the public to curb his excesses.”

The action triggered anger and disgust from many Nigerians including the President of the Academic Staff Union of Universities (ASUU).

On May 31, 2018, UNILAG, in a statement by its spokesperson, Taiwo Oloyede vowed to “thoroughly investigate the allegation”.


It then called for submission of memoranda by members of the public which lasted for a month.

The panel was able to establish that the student involved is Joy Nwana, who graduated from the Department of English in the 2015/2016 academic session but said: “claims made by Ms Nwana and Linda Ikeji Blog could not be substantiated, because of their repeated absence at the panel’s enquiry sessions.”

The institution said the attempt to get the duo to make representations at “the sessions did not yield the desired results.”

However, it promised that the university would continue with its investigations.

I’ve been exonerated – Professor
Following the suspension of an associate professor, Boniface Igbeneghu; former sub-dean of Faculty of Art and head pastor of a local branch of the Foursquare Gospel Church after he was caught in a BBC video sexually harassing an ‘admission seeker’, Our correspondent reached out to Mr Awonusi on Monday.

The professor said during a telephone interview that the panel raised by UNILAG to probe him did not find him guilty of the allegations levelled against him.

“Let me simply say this… The panel submitted their report and the university held two press conferences on the findings of the panel and the thing has ended that way. I have done what I’m expected to do.”

Asked if he is still a staff of UNILAG, he said: “Precisely. What has to be done has been done. I have attended interviews and authorities that should know are informed.”

Sex-for-mark practice is a common problem in Nigerian institutions, which over the years may had been encouraged by Nigerian universities due to their failure to appropriately sanction erring lecturers.