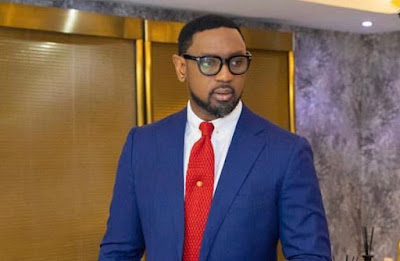 Some Nigerians were quick to draw a comparison between the reactions of The FourSquare Gospel Church over sex-for-grade scandal, involving its pastor and University of Lagos academic, Dr Boniface Igbenoghu and Commonwealth of Zion Assembly(COZA) to a similar allegation against Pastor Biodun Fatoyinbo.


FourSquare promptly issued a statement suspending the membership of Boniface, after BBC blew the lid on the scandal in a documentary that went viral.

Dr Rev. Ikechukwu Ugbaja, national secretary of the church announced that Pastor Igbeneghu has been asked to step down from all ministerial assignments.

“The general public is hereby informed that as a holiness and Bible-believing Church, we do not condone such heinous and unscriptural act among our ministers. We totally dissociate ourselves from the purported conduct of Dr. Igbenoghu and promise to take appropriate measure as soon as the ongoing investigation is concluded,” Ugbaja said.

Nigerians on social media applauded the church for its prompt action, while they mocked COZA for not taking appropriate action against Pastor Fatoyinbo, when he was accused by Busola Dakolo of rape.

“A simple press statement similar to what Foursquare did below was what we expected from COZA then. But instead, their members labeled us ‘jobless’,” wrote Wale Adetona on Twitter.

“I was expecting a ‘robust response’…hope COZA learn from this. May the church of God continue to move forward”, another Nigerian who goes by the screen name, Iyalaya wrote..

Uche Jegbefume threw some light why COZA could not have behaved like Foursquare: “Rapist Biodun Fatoyinbo is the OWNER of COZA”, he said.

Another Nigerian Adelaja Adeoye said: “When a church is not owned by one man, it’s easier to discipline anybody of the erring pastors, Foursquare immediately suspended Dr. Boniface, but in the case of Biodun Fatoyinbo of COZA, they even staged a counter protest and hired social media Influencers to defend him”.

In the wake of allegations of rape by Busola Dakolo, Fatoyinbo stepped down from the COZA pulpit for some weeks, but returned even as the case snowballed into a police affair and litigation.