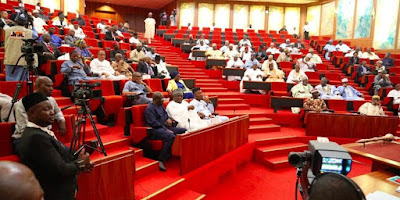 The Senate on Wednesday revisited the sexual harassment bill passed by the 8th Senate.

The 8th Senate had proposed a five-year sentence and N5m fine for lecturers convicted for sexually harassing male or female students.

However, the passing of the bill into law had a setback because it was not given Presidential assent after its passage by the 8th Senate.


The revisit of the bill was sponsored by the Deputy President of the Senate, Ovie Omo-Agege on Wednesday.

Omo -Agege in a statement by his Special Adviser on Media and Publicity, Yomi Odunuga, on Wednesday urged Nigerians to support the bill.

He commended Aisha Buhari, Bisi Fayemi, the Academic Staff Union of Universities and those who supported the BBC for beaming the light on the hidden menace

He said, “Concerned parents and youth should help energise support for proposals towards enacting an effective law against sexual harassment in workplaces and educational institutions.”