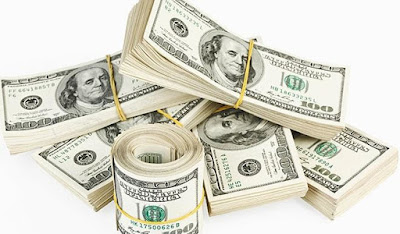 A big chunk of the money, they said, comes from African countries.

They added that landed property being secretly owned in the UK were worth between £56bn and £100bn.

Erikson and Faull made these disclosures on Monday in Port Harcourt at the opening of a two-day expert training in tracking and recovery of illicit funds and assets.


The training was organised by Human and Environmental Development Agenda Resource Centre in collaboration with The Corner House, Kent Law School, MacArthur Foundation and Open Society Initiative for West Africa.

A statement by HEDA said the duo reeled out the figures in their joint paper, titled, “Obtaining Property Information Overseas.”

Criticising the UK, Faull was quoted to have said, “Getting your money back (from the UK) is easier said than done. It takes a long time. If you do not support corruption, there is no need doing banking with Nigeria.

“The fight against corruption will not succeed without a very active citizenry. It requires international solidarity, teaming up with civil society in order to work with international organisations and make authorities accountable.”

A UK anti-corruption investigator, Nick Hildyard, said if the Western countries genuinely wanted to fight corruption, they should stop receiving and warehousing stolen money from Nigeria and other African countries.

He said, “Though the UK has one of the most effective anti-corruption laws, the country does not appear to be fully prepared to stall the wave of corruption with her financial institutions providing the logistics for corrupt officials from Nigeria.

“The UK is a legally corrupt country.”

HEDA Chairman, Olanrewaju Suraju, claimed about 456 Nigerians holding strategic positions had yet to declare their assets despite the regulations put in place by the Code of Conduct Bureau.