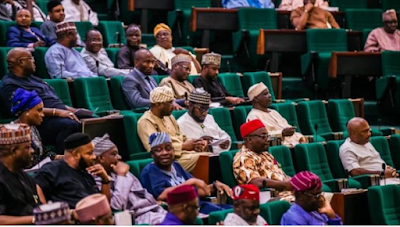 The House of Representatives, on Monday, revealed its plan to formulate laws that will grant the Nigerian Drug Law Enforcement Agency (NDLEA) an autonomy, as a full fledged agency.

The agency is currently under the Federal Ministry of Justice, being overseen by the Attorney-General of the Federation (AGF).

But the House Committee on Drugs and Narcotics, at its inaugural meeting on Monday, frowned at the marriage of the NDLEA under the Justice Ministry, saying, it was responsible for the low budgetary funding, which also caused low performance of the agency, over the year.

Chairman of the Committee, The Hon. Francis Ottah Agbo, speaking at the opening session of the committee, also said the agency is carrying out its operations on proceeds from charity and fighting drugs criminals with outdated weapons.


Hon. Agbo, who tasked members of his committee on commitment to drug abuse eradication, regretted that the NDLEA was incapacitated by poor funding.

“If we do our job very well as members of this very important committee, we will be salvaging this country, because almost every crime in this country – call it Boko Haram, kidnapping, cultism, bunkering, armed robbery, etc, are drug-induced.

“But unfortunately, the NDLEA completely survives on charity, so there is little or nothing they can do. So, we must do our best to have an NDLEA that is positioned to fight drug abuse.

“This is an agency that was set up in 1989, but after 30 years, nothing has changed. Because the agency that was established to prosecute drug users, is completely underfunded.

“It is appalling to note that, Nigeria has only 8 sniffer dogs, which were supplied to us by Germans. Another problem is that, the agency has not recruited properly since 1989.

“So, we (lawmakers) must work together to ensure that this is tackled. We must work hard to insulate the NDLEA from the Ministry of Justice. The money NDLEA has as running cost, is less than N200m, even though about N8bn was voted for them in the 2019 budget of the Ministry of Justice, NDLEA has one vehicle to 6 local government areas in Nigeria, with only two personnel per local government.

“So I am sponsoring a Bill to give NDLEA autonomy from the Ministry of Justice, and I want you all to support that Bill”, Agbo,who represents Ado, Okpokwu and Ogbadibo Federal Constituency stated.

He said the committee will press hard to secure autonomy for the NDLEA, and also ensure adequate funding for it in the 2020 budget.

He disclosed that the committee has also summoned NDLEA, to appear before it on Wednesday, for its budget defence.

The House is currently considering budgets of Ministries and Agencies of government. The budget-defence session, is expected to close next week.

Remarks from other members of the committee pointed to the fact that the agency was in dare need of intervention from the National Assembly and the federal government.

To this end, the committee unanimously agreed to support a Bill for an Act to separate the agency from the control of the Ministry of Justice and grant it both administrative and financial independence, and to be directly supervised by the Presidency.