Private varsities not funded due to low population – TETFUND 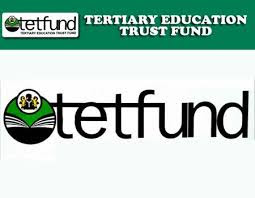 The Tertiary Education Trust Fund has said private tertiary institutions in the country cannot be funded by the Federal Government because they have only six per cent of the total student population while the public institutions have 94 per cent.

The Fund noted that although the number of private and public universities in the country was about the same, there was justification for funding only public institutions because of the overwhelming student population, most of who were underprivileged.

The TETFUND Executive Secretary, Prof Elias Bogoro, stated these at a press briefing in Abuja on Tuesday, noting that from 2020, the Fund would establish centres of excellence across universities to boost research and development.

The ES said, “We have gone beyond the idea of not funding private universities. There is justification for government and ASUU for insisting that private institutions should not be funded. The numbers of private and public universities are about the same in the country, but not the student population.

In a related development, the National Universities’ Commission has decried the establishment of mushroom universities across some African countries, which target Nigerian students to defraud them.

The NUC Executive Secretary, Prof Abubakar Rasheed, stated this in Abuja on Tuesday, while speaking at the 11th International Conference and Workshop on Quality Assurance in Higher Education in Africa.

Rasheed said, “We are pained when we are confronted by employers of labour in this country trying to get us to interpret qualifications. In Africa, many countries allow their universities to graduate their students with degrees in less than two years.”