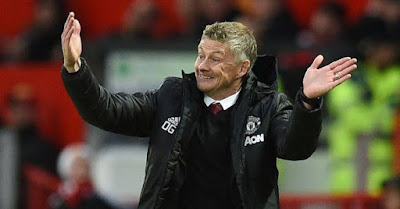 Manchester United travel to Norwich on Sunday hoping the promising performance to hold Premier League leaders Liverpool last weekend proves to be a turning point in their season rather than another false dawn.

A 1-1 draw against the European champions still left United just two points above the relegation zone in 14th place after their worst start to a league season in 33 years.

Back then Ron Atkinson was sacked to pave the way for Alex Ferguson’s arrival at Old Trafford, but United’s executive vice-chairman Ed Woodward has been emphatic in his belief that Ole Gunnar Solskjaer is the man to turn things around.

Solskjaer managed to avoid matching another unwanted club record of 12 away games without a win with a 1-0 victory at Partizan Belgrade in the Europa League on Thursday, his first on the road since being appointed on a permanent basis in March.


The Norwegian was credited for his tactical shift to a 3-5-2 that restricted Liverpool to precious few chances.

But ahead of a trip to Carrow Road, the pressure is on Solskjaer to show he has the creative solutions to break down the sides United are expected to beat in the lower reaches of the table.

United are unbeaten in their four Premier League games against those in the top five so far this season.

Chelsea were thrashed 4-0 on the opening weekend of the campaign, Leicester beaten 1-0 and Arsenal held 1-1 at Old Trafford.

But Solskjaer’s men have looked toothless in defeats to Crystal Palace, West Ham and Newcastle, as well as draws at Southampton and Wolves.

Even in Belgrade in midweek, the visitors needed a penalty to find the net as Anthony Martial scored from the spot on his first start since August.

The win over Chelsea in Frank Lampard’s first game in charge is the only time in the last 19 fixtures that United have managed to score more than a solitary goal.

The decision to allow Romelu Lukaku and Alexis Sanchez to leave for Inter Milan without replacements being drafted in has already backfired.

However, Solskjaer is placing his faith in Martial’s return to remedy his side’s lack of goals.

“Now Anthony is back, he got a goal, and I’m sure we’ll see us improve as a team with Anthony in the side. He does gives us something different.”

Martial, though, is the only senior player Solskjaer will have back for this weekend with Paul Pogba, Nemanja Matic and Luke Shaw all still missing.

“We’re working very hard to get them fit and, hopefully, we can get them back soon,” said Solskjaer. “I’m not going to put a deadline on it but it won’t be long, hopefully.”