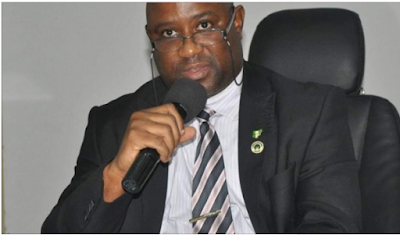 The Lagos state police command has invited Boniface Igbeneghu, a lecturer of European languages at the University of Lagos (UNILAG), indicted in a sex-for-grades video.

Igbeneghu, a pastor of Foursquare Gospel Church, was implicated in a 13-minute video documentary released by the BBC Africa Eye on October 7.

He was caught sexually harassing an undercover journalist who posed as an admission seeker.

The lecturer had invited her to his office for a number of tutorials, before delving into sexual conversations with her.

In a letter signed by Yetunde Alonge, deputy commissioner of police, the lecturer was asked to report at the D10 section of the state criminal investigation and intelligence department, Yaba.

Alonge, however, said Igbeneghu has not honoured the invitation despite the fact that it was sent through the university.

“We are still waiting,” the newspaper quoted the deputy commissioner of police as saying.

Due to the widespread condemnation that greeted the video documentary, the university suspended Igbeneghu and Samuel Oladipo, a lecturer in the department of economics, implicated in the video.

The Foursquare Gospel Church also asked Igbeneghu to step down from all “ministerial assignments”.

The church dissociated itself from the conduct of the lecturer.