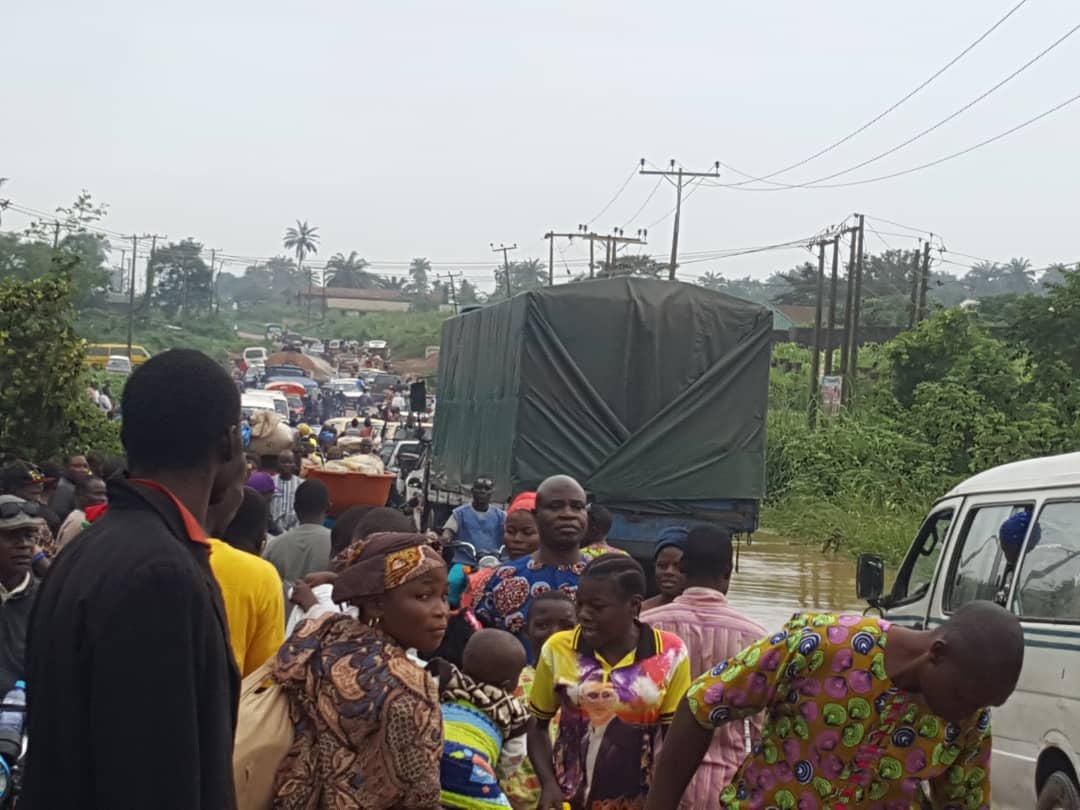 Hundreds of travellers and commuters plying the Ibadan-Iseyin Road have been trapped at the Odo Oba bridge since Monday.

It was gathered that the bridge which was constructed at the Odo Oba River some years ago overflowed on Monday, making the road to become impassable since then.

Our correspondent gathered that the Ibadan-Iseyin Road which now serve as the major Road that links Ibadan and Oke-Ogun geopolitical zones was constructed during the administration of late Alhaji Lamidi Adesina who governed the state between 1999 and 2003.

A traveller, Mr. Abiola Kolawole who was one of the travellers going to Iseyin from Ibadan, told our correspondent on Friday that he had to go back to Ibadan on Monday when the river overflows the bridge.


Kolawole, however, added that all efforts made by him to commence the journey again has been fruitless as the overflowing water is still making it impossible for them to cross the bridge.

He added that he and other travellers coming or going to Ibadan or Iseyin and other towns in Oke-Ogun area have been forced to disembark from the journey since then.
He said, “The popular Moniya-Iseyin Road stood standstill since Monday, September 30, 2019 and October 1, 2019, as commuters travelling to and from Oke-Ogun axis of Oyo State were stranded at the Odo Oba River that links Moniya to Ijaye road.

“Odo-Oba river overflows its boundary as the brigade to channel the water can no longer contain the water. 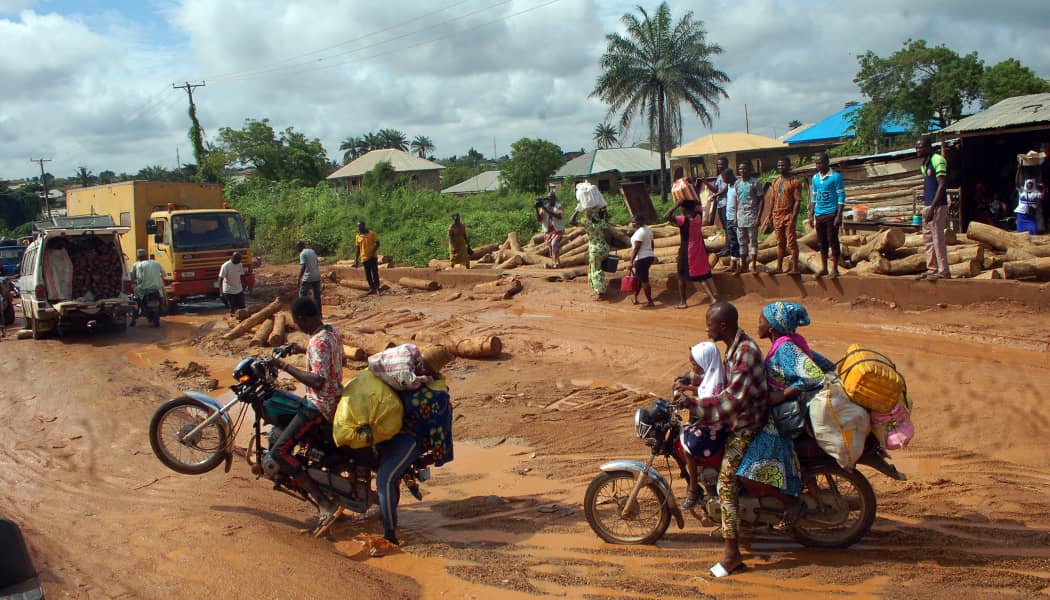 “The downpour which lasted three hours forced commuters, including myself to disembark from their journey to Iseyin preventing them from going to their businesses.”

He called on the incumbent Governor, Engineer Seyi Makinde to provide some temporary measure to ease the movement of people and goods.

Another motorist said, “This road has been like this for two weeks now and the government is not doing anything to help us. It That s not good now. We voted for them, so, they should be responsible.”

But the state government while reacting, promised that the road will soon receive palliative works from the State government to ease the difficulties experienced by motorists along the road.

Commissioner for Public Works, Infrastructure and Transportation, Professor Raphael Afonja in a statement, maintained that the state Governor, Seyi Makinde was fully aware of the importance of the road to the State which he said could not be underestimated and was working on getting the road fixed in the shortest time.

“We’re aware of the struggles and pains people pass through on this road daily and we’re sorry for this, the Governor has the interest of the people at heart and has ordered that palliative measures be carried out speedily pending when the arrangements with the contractor will be finalized.

“We are to roll out palliative measures to ease the pain of the people on this road very soon and this is in the interim till the re-awarded contract is finalized and the contractor moves to site. We are very sorry for the condition of the road and will start work on it without delay, especially to make it less difficult to travel on.”