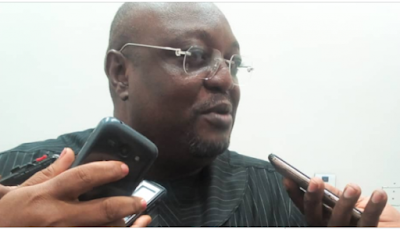 Nnaji Nnolim, chairman, house of representatives committee on aviation, says the aviation sector will remain in a “pitiable state” until the Federal Airports Authority of Nigeria (FAAN) is unbundled.

The lawmaker said this while speaking at the 2019 colloquium of Nigeria Travel Smart, entitled: “Airports Concession and Options for Airports Development in Nigeria.”

He said FAAN, as presently constituted, is too complex to allow for growth and efficiency in the country’s aviation sector.


“The Act that set up FAAN, giving it the power to dominate in an area that can be open for private sector has to be reviewed,” he said.

The lawmaker representing Nkanu east/west federal constituency of Enugu said there’s need for synergy between the public and private sector in order to address deficiencies in the country’s aviation sector.

“The airport is the first port of call for international visitors to the country and also the last port of call on departure, so the impression an airport creates in the visitor’s mind gives a greater outlook of a country,” he said.

“It is glaring fact that our airports are not just underdeveloped but also grossly underutilized. In aviation today, the modern trend is that airports have become huge sources of revenue generation.

“Revenues accrue from both aeronautical and non-aeronautical sources, with non-aeronautical revenues now becoming the dominant sources of airport development, stability and aviation sustainability. Airports are now big business hubs with hotels and other ancillary entities springing up in major international airports across the globe.

“In Nigeria, we have not exploited even up to 10 percent of the possible non-aeronautical revenues because our airports are not yet developed to the level of harnessing the revenue potentials available on the land side (non-aeronautical sources of revenue).

“The unbundling of FAAN may lead to a more efficient and progressive airport development and an enabling environment that will attract private sector investments and tourism  development in Nigeria.”

Reacting, Dapo Olumide, chief executive officer of Ropeways Transport Limited, said the last 33-year experiment of Nigerian airports under government has not recorded much progress, hence the need to “change the status quo”.

“Concession of Airports does not mean complete privatization but allowing the private sector to come in and ensure global standard,” he said.

“We have been doing the same thing for the last three decades, going round the circle.”

He however, opposed the lawmaker’s call for the devolution of FAAN into three units, saying such would only continue the complex structures of the agency.

In his welcome address, Simon Tumba, convener of the colloquium, lamented over the parlous state of Nigerian airports despite the presence of huge prospects for economic growth.

“For decades we have seen the state of our airports, especially our major gateways in Lagos, Abuja, Enugu, Port Harcourt, Kaduna and Kano. Over the last few years the Federal government has made investments to enhance  the customer experience in these airports. Truth be told; we are lagging behind, despite the efforts of the Federal Airports of Authority /FAAN),” he said.

“The Federal government has approved N14 billion to renovate the Murtala Muhammed International Airport, Ikeja, which is nearly $40 million.

“Taking cognizance to the dwindling revenue of the government, very demanding social needs and the increase of our debt profile as a nation, one may say the government is doing its best. However $40 million is not enough for an emerging market like Nigeria, a country with every potential to be a global hub. The government needs to think out of the box!

“Our humble opinion in NTM is that the government should explore a Public Private Partnership (PPP) and Concession our airports carrying along the workforce at FAAN. With Nigeria’s God given natural and Human Resources, and a solid leapfrogging plan and strategy, we should be aiming for a futuristic airport of $2-5billion. We have the population, the market and geographic position to make and realize such aspirations.

“The aviation unions who are averse to concession of our airports are merely shooting themselves in the foot, and in the long run, may end in regret and  bitter cries.”