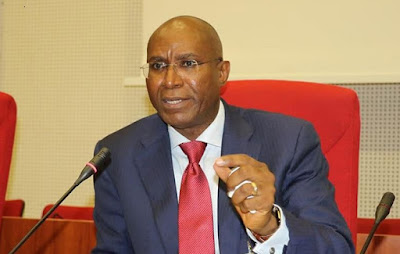 Deputy President of the Senate, Senator Ovie Omo-Agege, Wednesday urged Nigerians to support the National Assembly’s efforts aimed at enacting an effective law against sexual harassment in workplaces and educational institutions in the country.

Omo-Agege, in a statement by his Special Adviser on Media and Publicity, Yomi Odunuga, explained why he decided to reintroduce the Sexual Harassment in Tertiary Institution Prohibition Bill, which he earlier sponsored during the 8th National Assembly.

He vowed to ensure that the energized concerns of all fathers, mothers and youth accelerate the success of his bill towards becoming an effective law against sexual harassment in Nigeria.

The Senator representing Delta Central said: “It is a problem that has caused academic injustice, depression and countless other negative effects on individuals and the society in various parts of the world but the key to lasting change is for us to begin it within our own environment.


“I applaud the First Lady, Hajia Aisha Buhari, the First Lady of Ekiti State, Erelu Bisi Fayemi, the Academic Staff Union of Universities and all those who stoutly rose in support of the BBC’s commendable journalistic endeavour that is effectively beaming light on a hidden menace.

“I am wholly convinced that the unique student-educator relationship of authority, dependency and trust should never be violated. By the maxim of ‘loco parentis’, educators are like parents. They owe a special fiduciary duty of care to students under their authority – students who trust and depend on them to shape their future career paths.

“It must, therefore, be extremely offensive to a reasonable mind where an educator treats students as ‘perquisites’ of his office. As a father, it is an issue that I cannot just accept. It is a shame on our conscience as a people. We will stop it.

“In 2016, with the support of several colleagues in the Senate, I tabled the Bill on the Prohibition of Sexual Harassment in Tertiary Institutions which provides for a five-year jail term or a fine of N5 million for any lecturer convicted for sexually harassing male or female students.

“The bill also criminalizes any act of neglect or failure by administrative heads of tertiary institutions to address complaints of sexual harassment within a specified period and it also made provisions to adequately punish anyone found to have levelled false allegations of harassment against lecturers and educators.

“I deeply appreciate the Academic Staff Union of Universities’ (ASUU) decisive change of position on this issue which they opposed three years ago; I see myself, not only as a representative of my senatorial district but as a representative of every parent who has a daughter that will one day, pass through our tertiary institutions.

“Nobody’s daughter deserves to be treated as ‘fringe benefit’ for anyone in position of trust and responsibility; the psychological trauma of sexual harassment has existed for too long and that is why we are reintroducing the new bill to make prosecution of sexual offenders easier for prosecutors and remove the vexatious argument of ‘consent’ as a defence to perpetrate evil. The punishment of five-year jail term for those found guilty should serve as a deterrent in a society that urgently needs to address this issue of sexual harassment.

“I feel proud and further motivated. What we all collectively need at the moment is urgent action, especially for the passage of the Bill for the Prohibition of Sexual Harassment in Tertiary Institutions into law,” Senator Omo-Agege said.

While describing the scourge of sexual harassment in the nation’s tertiary institutions as unacceptable, he said it was high time the trend was nipped in the bud.

Recall that the proposed legislation sponsored by the lawmaker, was passed by the 8th Senate but never got concurrence from the House of Representatives.