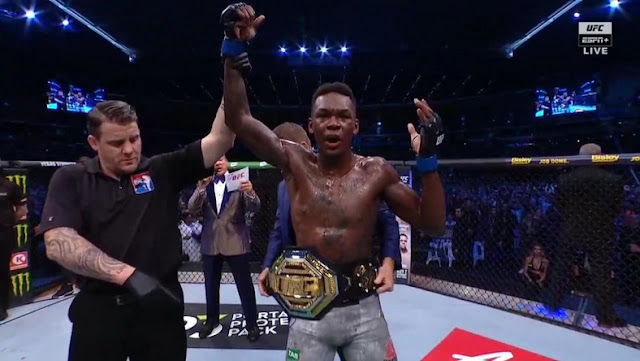 
It took Israel Adesanya just two rounds to confirm himself the undisputed middleweight champion of the UFC with a victory over Robert Whittaker.

Adesanya had only been the interim champion after his win over Kelvin Gastelum in April while Whittaker had been the undisputed champions but had been away for 16 months due to injuries.

Adesanya popularly called the Last Stylebender had Whittaker to face to seal his immortality in the division while the fight pitted Whittaker against the rising star who has become the face of the division in his absence.

Booed by the crowd who were in support at the Marvel Stadium in Melbourne, Australia Adesanya dropped Whittaker in the first round before finishing him off in the second to remain unbeaten in his professional career and UFC and also become the undisputed middleweight champion of the UFC.