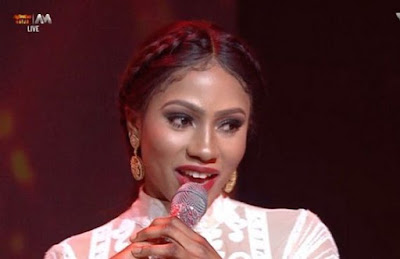 The News Agency of Nigeria reports that history was made on Sunday as Mercy Eke became the first woman to win BBNaija.

She led with 41.77 per cent  of the votes, while first runner up, Mike Edwards got 19.94 percent with Frodd, Omashola and Seyi trailing behind.

Mercy’s win caused wild jubilation as some fans could not hide their excitement on social media. Also, celebrities Dencia and Laura Ikeji expressed their joy.

Fans also congratulated Mike for staying true to himself and putting up a good show to make it to the finals. Seyi was also applauded for winning the health task.

@Sweetzy said, “Mike didn’t win the prize money but he won people’s hearts and fans ready to support his hustle. #BBNaija is a platform to open doors to many things ahead.

“Thanks to all the team members for all u did every time he was nominated. He was never evicted!!’

@Marvelous said, “Congratulations to the PLUG MERCY for she’s the first female to win the grand price of #BBNaija as we’ve predicted. On this #BBNaijaFinale. Your love.”

@Somto said, “As the BBN S4 comes to an end, here are the major lessons:

“Good character will take you to a place where hardwork alone cannot take you to. Arrogance will bring you down so soon. Be humble and trust the process.”

@Iveren tweeted, “Mike was the real underdog this season. He came into the game with no ideas of what it would be like.

“Just his pleasant self and see how far he has come. Once again @aireyys I am super proud of you.”

NAN reports that this season had the highest number of housemates with 26 housemates,  who spent 99 days fighting for the 60 million Naira Grand Prize.