Nigeria working with US to repatriate Abacha’s $300 million loot 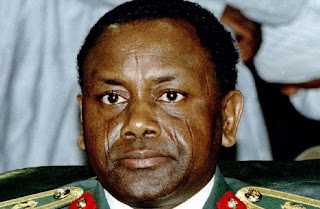 Nigeria’s President, Muhammadu Buhari on Tuesday said the country is working closely with the United States to repatriate the $300 million stacked in that by the late despotic leader, Sani Abacha.

Buhari, in his independence broadcast on Tuesday morning said his administration was committed to installing a culture of good governance and that it had fought against corruption, by investigating and prosecuting those accused of embezzlement and the misuse of public resources.

He said the Federal Ministry of Justice was working with the US Department of Justice to conclude a Memorandum of Understanding to expedite the repatriation of the Abacha funds.

“Furthermore, we partnered with our friends abroad to combat tax evasion, smuggling, terrorism and illicit financial flows. In June 2018, I assented to the Mutual Assistance in Criminal Matters Act, to provide a domestic legal framework for obtaining international assistance in criminal matters.

“This measure has already strengthened our law enforcement agencies in obtaining evidence, investigating suspects and facilitating the recovery, forfeiture and confiscation of property implicated as proceeds of crime.

“An example is the US$300 million recently identified as part of the Abacha money-laundering case, working closely with the Government of the United States of America. The Federal Ministry of Justice is working with the US Department of Justice to conclude a Memorandum of Understanding to expedite the repatriation of these funds,” he said.

Buhari added that “We have empowered teams of prosecutors, assembled detailed databases of evidence, traced the proceeds of crimes and accelerated the recovery of stolen funds.”

The president added that his administration had introduced institutional reforms to enforce the Treasury Single Account policy, introduce the Whistle-blowers’ Initiative, expand the coverage of the Integrated Payroll Personnel and Information System as well as the Government Integrated Management Information System, which had saved billions of Naira over the last four years, and deterred the rampant theft and mismanagement of public funds that had plagued public service.

Buhari said the Ministry of Justice, the Independent Corrupt Practices Commission, and the Economic and Financial Crimes Commission would continue to address this menace of corruption, saying “we are determined to ensure that transparency and good governance are institutionalized in public service.

“The P & ID Arbitral Award has underscored the manner in which significant economic damage has been caused by the past activities of a few corrupt and unpatriotic Nigerians. The policies that we are putting in place today are to ensure such criminal and unpatriotic acts do not go without consequences. Our renewed partnership with the 9th National Assembly will facilitate the swift passage of enabling laws that will institutionalise these anti-corruption efforts in our criminal justice system.

“In this connection, I call upon our States to intensify their own efforts to instill greater fiscal transparency and accountability. And to ensure greater fiscal efficiency and optimum use of our very scarce resources. The blight of Corruption is fighting back. Nevertheless, this is a battle that we shall see through and this is a war, which we shall win by the Grace of God.

“I will also call upon all Nigerians, from every walk of life, to combat Corruption at every turn. By choosing to question and confront corrupt practices, by reporting unethical practices or through whistle-blowing. Together, we can overcome corruption and will no longer be a country defined by corruption,” he said.