NIgeria at 59, Buhari and the Yoruba by Femi Fani-Kayode 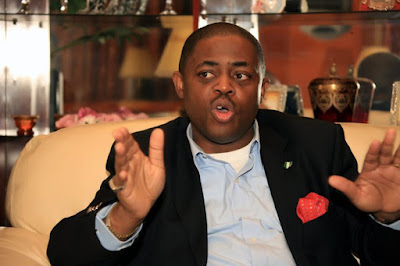 “Nigeria is not one and has never been one. It is a ‘state of nations’ and not a ‘nation-state’. The traitors in the south are heroes in the north whilst the heroes in the south are traitors in the north. The value system of the north is totally opposite to that of the south. The lenses through which we see justice and equity can never be the same. The Nigerian state is the tragedy of 20th century in Africa”- Aare Kurunmi Kakanfo, “Nigeria Is Burning”, Facebook, 30th September 2019.

In August 1958 my beloved father of blessed memory, the Balogun of Ife, Chief Victor Remilekun Adetokunboh Fani-Kayode Q.C., S.A.N, C.O.N successfully moved the motion for Nigeria’s independence. Parliament passed the motion and the British colonial authorities acquiesed to it.

Two years later, on October 1st 1960 (which is 59 years today) amidst great joy, hope, promise and fanfare, the first of our two chains of servitude and bondage was broken and Nigeria became an independent nation.

I commend Papa and his generation for this great achievement. His motion freed us from the chains and shackles of the external colonial masters and I am very proud of that.

However, there is still much work to do. 59 years later we still have the second chain and shackle of bondage and servitude to remove and that is the chain and shackle of our internal colonial masters who have proved to be even more relentless, ruthless and murderous than the first.

Since the end of our civil war in 1970, which resulted in the ethnic cleansing, mass murder and genocide of no less than 3 million innocent Biafran civilians, and despite all acts of provocation and injustice from those that see us as nothing but conquered vassals, the good people of the south and the Middle Belt have been reasonable and restrained and have refused to react violently.

Instead they have patiently and politely protested against and peacefully struggled with that chain and shackle of Fulani bondage.

Since independence we have attempted to get a better deal for our people from within a united and “indivisible” Nigeria but we have failed woefully.

Rather than getting better, things are actually getting significantly worse and the noose of slavery and handcuffs of servitude are getting tighter.

The last four years under President Muhammadu Buhari, who is undoubtedly more of a President of the North than a President of Nigeria, provides an eloquent testimony to that.

His Government is shamelessly, unapologetically and unabashedly a Government by the Fulani, for the Fulani and of the Fulani sprinkled with a small handful and pitiful coterie of southern and Middle Belt useful idiots and accursed slaves who have no sense of decency or self-respect, who, like Esau, have traded their future and destiny for a mess of pottage and who have sold their souls to the devil and their people down the river.

For the Yoruba people particularly I am convinced that the only way to break that second and last shackle and chain of servitude and bondage is for the South West to exercise her inalienable right of self-determination and leave Nigeria.

The battle for restructuring which many of us have supported and fought for over the last 25 years is long lost and its advocates are no longer being heard.

We have failed to succeed in that noble cause because those that believe that they own Nigeria and that they were born to rule her in perpetuity have treated that quest with contempt and ignored it with disdain.

They have met our reasonable demands for devolution of power and the establishment of an equitable and true Federation where all men, regardless of ethnic nationality or faith, are regarded as being equal before God, with an uncharitable and unreasonable display and unequivocal and unprecedented degree of arrogance and impunity.

As a consequence of their unbridled intransigence, insatiable lust for power and control and inexplicable desire to dominate and enslave each and every one of us, it is increasingly clear to me and millions of others that Nigeria can never change as long as she continous to exist as one.

Yet we as a people those of us that are interested in freedom can no longer continue to subject ourselves to the indignity of living in the insufferable bondage that they have forced and foisted on us.

Given the foregoing, the only option left for us if we are to maintain our self-respect and dignity and win our freedom is division and separation.

I am therefore glad to publicly identify myself with the proud Yoruba nationalists of the Balogun Collective and other Yoruba self-determination groups who have risen to the occassion, who have said enough is enough and who believe that it is time for the rise and establishment of the mighty nation of Oduduwa.

The Yoruba people, always so ready to accept and accomodate others and always so liberal and generous, deserve no less.

Though ours is a peaceful and passive struggle and not one that is interested in the usage of arms or indulging in any form of violence, anarchy or lawlessness, it would be a grave error on the part of anyone to underestimate our determination or test our resolve.

My father and his generation broke the first chain of servitude which was the bondage of the British.

It is my sacred duty and divine obligation and that of members of mine to break the second chain which is the bondage and subjugation of the Fulani. We shall not fail.