Military should take orders from INEC during elections -Situation Room 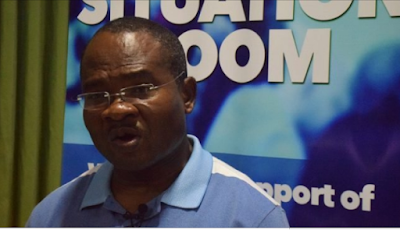 The Nigeria Civil Society Situation Room has warned against the deployment of the soldiers in the November 16 governorship elections.

The elections will be held in Kogi and Bayelsa.

According to the PUNCH, Clement Nwankwo, convener of the Situation Room, said the military is not allowed to participate in elections in an ideal system, and that the police should be equipped to perform their duties.

Nwankwo, however, said in a situation where the deployment of soldiers is necessary, by the request of the Independent National Electoral Commission (INEC), they should be willing to take instructions from the commission.

He added that deploying a large number of soldiers without accountability to the electoral body is unacceptable.

“The ideal situation is that the military does not participate in elections. The police should be fully and properly equipped to police elections, no matter the terrain. But we know that we are not there yet,” Nwankwo said.

“What we are really saying at this time is that were the soldiers to be deployed for election, they should be as requested by INEC and they should be taking instructions from INEC on where they are needed.

“Deploying a large number of soldiers as it happened during the last general elections without accountability and responsibility to the election management body is unacceptable.

“We have issued our reports from the last election, we expect that they would have taken lessons from the election observation report of all the different observer groups, including Situation Room.

“Particularly, you know we issued a report on Osun state which had its challenges that discredited that election. So, we are hoping that all of the lessons and reports from the observer groups would help INEC to conduct a better election.”