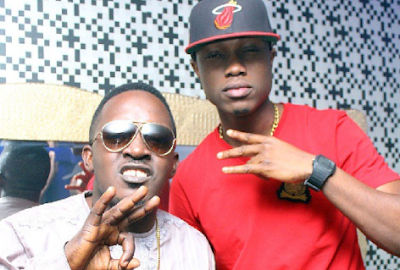 Following series of diss tracks by rappers, former Chocolate City boss M.I has responded to a call for faceoff rap battle with his colleague Vector.

The duo have been at loggerheads which became more pronounced after M.I declared himself ‘Africa’s best rapper ever’ on his recently released track.

After then, Vector teamed up with some rappers to shade M.I in a track “the purge” and then the former also dropped his, titled “The Viper”

On Friday, October 11, Vector again came through with “Judas The Rat” where he rubbished the former chocolate city boss and this has since then sparked mixed reactions on Twitter.


But in his reaction to the diss tracks, London based-Nigerian singer, Jocey Joseph Ekwuazi better known as Willie XO offered N20 million for a face off rap battle between the rappers.

After much silence from both rappers, Vector, in a video revealed he got a call from Willie XO concerning the faceoff battle ad how Hushpuppi planned to support.

Vector wrote “What’s a rat to a snake when there’s N40mil on d table? @iamwilliexo let’s
do this.”

Hours ago, Williexo revealed that M.I has also hinted him that he’s ready to go but will need to speak to his team first.

Willie XO wrote “I’ve spoken to M.I and he said he’s gonna get back to me after speaking with his team”

“Vector is ready so I’m waiting for M.I to get back to me like he promised. also, if both parties agree I’m ready to drop the winner take all angle and go for a split of the mulla, let’s go” he added.