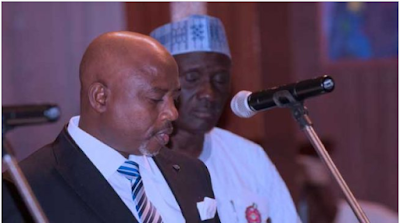 The Code of Conduct Bureau (CCB) says the level of compliance with the declaration of assets by public office holders in the country is not encouraging at all.

Mohammed Isah, chairman of the bureau, disclosed this when he featured on NAN Forum in Abuja.

According to him, even though there is an improvement from what it used to be in time past, there is need for all public officers to know that they are duty bound to declare their assets.

“What we met that used to be the level of compliance has now risen to a certain level, the nature of the subject that we are expected to cover is too wide,” he said.

“Under part two of the fifth schedule of the 1999 constitution provides that from the President, Vice President, Governors, Deputy Governors, members of the National Assembly, members of House of Assembly, Ministers, Commissioners and all Chairmen of all Parastatals and Agencies of Federal and State governments, Military, Police, Immigration, Customs, Prisons, Political Office Holders and all Federal, States and Local Government civil servants all of them are public officers.

“And, our main predicament is the issue of enlightenment people have little or no knowledge about their obligations or relations to compliance to with the Code of Conduct for public officers.

“So, the level of compliance is not encouraging at all.”

On the issue of accessing information as declared by public officers, the chairman said the Freedom of Information (FOI) Act provides that an individual, such as a private person, would be given access to such document.

“If anybody wishes to access information as declared by a public officer in the custody of the bureau, the law has laid down conditions precedent for that particular individual as a private person to access that information,” he said.

“The Freedom of Information Act (FOI) is very clear and is very explicit in relation to this.

“And, paragraph three of the third schedule of the constitution as well as the CCB and CCT Act provides that it is the national assembly that will give out the guidelines for accessing the information that is in custody of the bureau of declarant and those guidelines are still much in place.