Madrid reach out to Mourinho 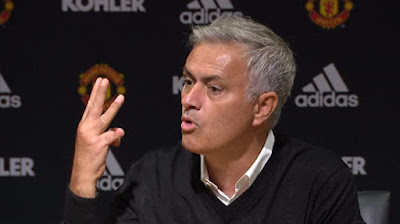 Real Madrid have allegedly made contact with former boss Jose Mourinho as they consider potential replacements for Zinedine Zidane.

While Real’s defeat to Mallorca at the weekend was their first in La Liga this season, Zidane has witnessed his side struggle for consistency since the middle of August.

Speculation persists regarding a change in the dugout, and it appears that the Los Blancos hierarchy may have taken a step towards another reunion with a familiar face.

According to El Chiringuito, Real have made contact with Mourinho to ask whether the Portuguese is interested in a second spell at the Bernabeu.


The 56-year-old out of work since being sacked by Manchester United in December, won La Liga and the Copa del Rey during his time with the club between 2010 and 2013.

The alleged development puts Zidane and his players under pressure to deliver a positive result against Galatasaray in the Champions League on Tuesday (today) night.