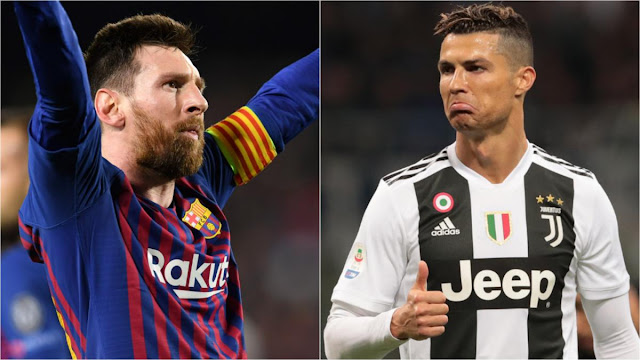 Lionel Messi has been quoted as saying that he doesn’t like to talk about himself, but would rather leave others do the talking on his behalf.

Messi, who recently won his sixth Golden Shoe award, was quoted by Barça Times via its Twitter handle @BarcaTimes on Thursday.

The tweet suggests that Messi spoke in reaction to award-winning footballers Cristiano Ronaldo and Zlatan Ibrahimovic who have been talking about themselves.

Ronaldo recently said that rather than him chasing success, success comes to him.

In June, Zlatan became the fifth footballer to score a ‘perfect’ one in Major League Soccer.

Messi’s outburst is in reaction to Barça Times‘ question on how he felt about the two footballers.

The Argentine professional footballer plays as a forward and captains both Spanish club Barcelona and the Argentina national team.


🐐 Lionel Messi on Cristiano Ronaldo and Zlatan Ibrahimovic talking about themselves, and how does he feel about it as a player.