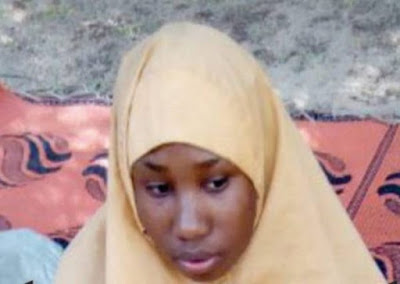 Gideon Para-Mallam, a Jos-based cleric, says President Muhammadu Buhari is yet to reach out to Nathan Sharibu, Leah’s father.

Leah, a student of Government Girls Science and Technical Secondary School, Dapchi, was kidnapped by a faction of Boko Haram in February 2018, and has been in captivity because of her faith.

The cleric, in a statement issued on his birthday, said the president was yet to call Sharibu to give him updates on efforts at rescuing his daughter.

“On October 15, Leah’s father, Nathan Sharibu and I were on the phone again. We connect on a regular basis and this has been the case since March 2018, till date,” he said.

“He said he had not heard a single word about his daughter’s release beyond the promises.  He also confirmed that he had not received any phone calls or updates from the President of this country.

“Why is this the case? I am wondering deeply. Mr President, where is your humanity? Is life all about enjoying power in Aso Rock? You are a father and Nathan Sharibu is also a father. Before you were anything in government, you were a father.

“Mr President, 603 days? Would you have the presence of mind to lead Nigeria? A few minutes into writing this statement, Leah’s father and I were on the phone again. He shared with me that their life as a family is one of daily agony and pain; but they remain thankful to God.

“I encouraged him once again as I normally do, to remain hopeful about Leah’s release. He went further to tell me that October 14 was rather a very difficult night for him because he dreamt about Leah. He seemed distressed and unhappy.”

In August, the federal government said Leah is alive, and that it was working to secure her release.