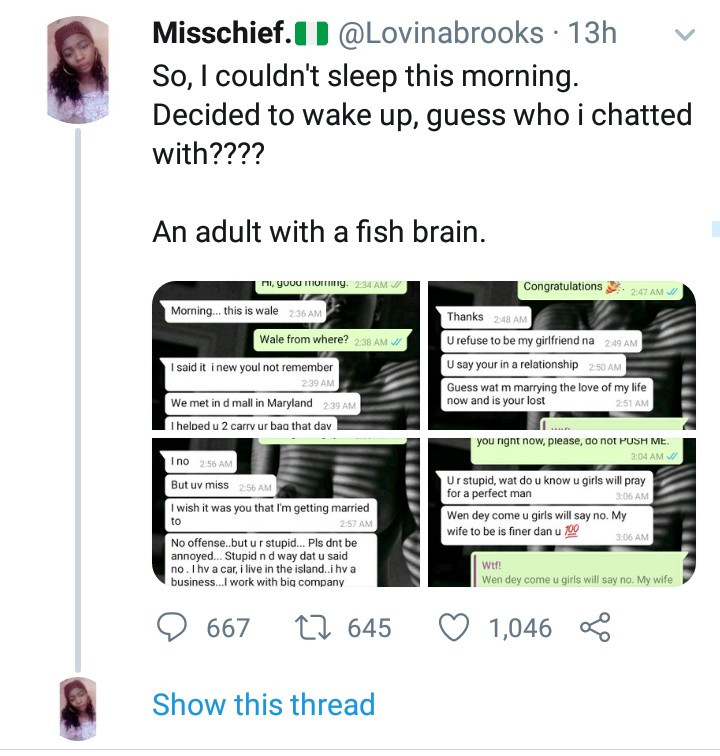 A Twitter user has shared screenshots of the messages she received from a man whose proposal she refused.

The man, who was obviously still sore from the rejection, sent her a message to let her know he was getting married, then went on to insult her for refusing him and told her that she missed out on what other women are praying for.

He further told her that he has missed her and wishes she's the one he's getting married to. When she still wasn't interested, he told her his fiancee is finer than her then shamed her for still being single while he is getting married already.

Read the messages below: 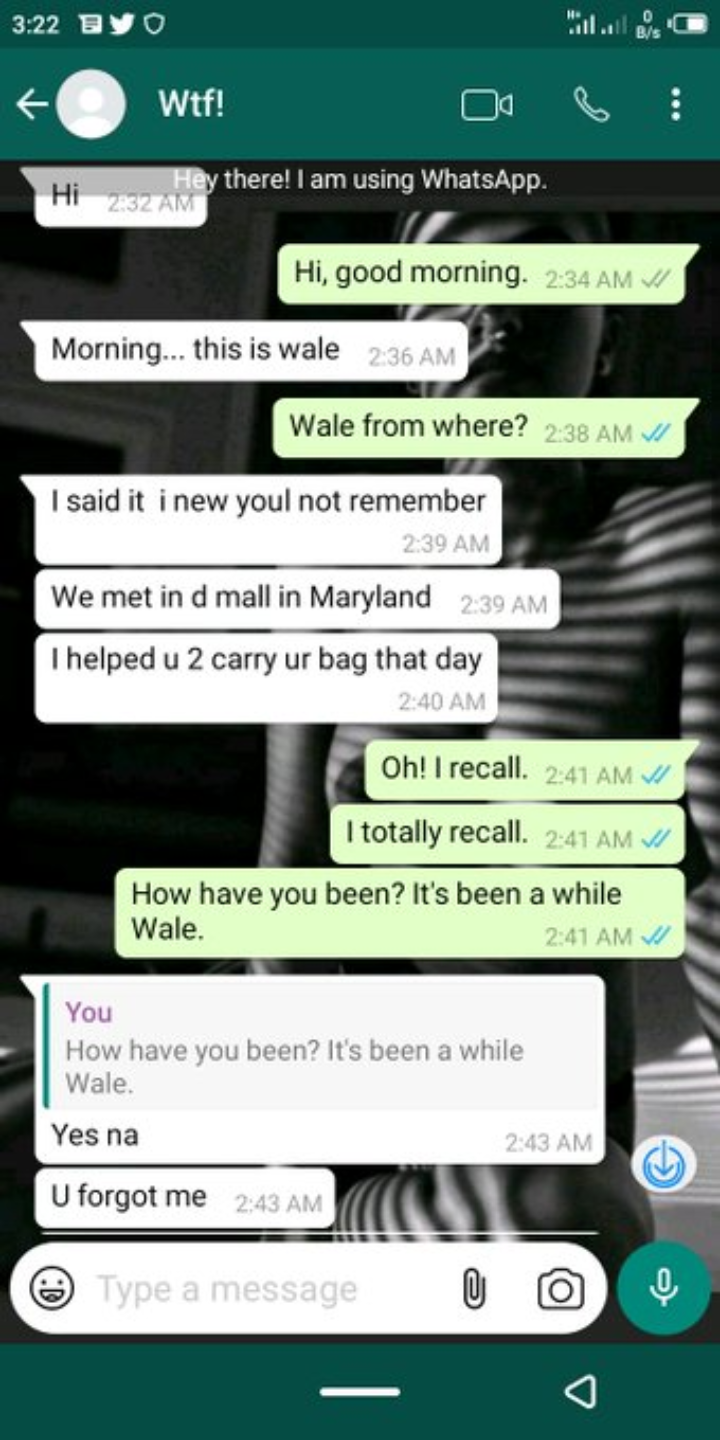 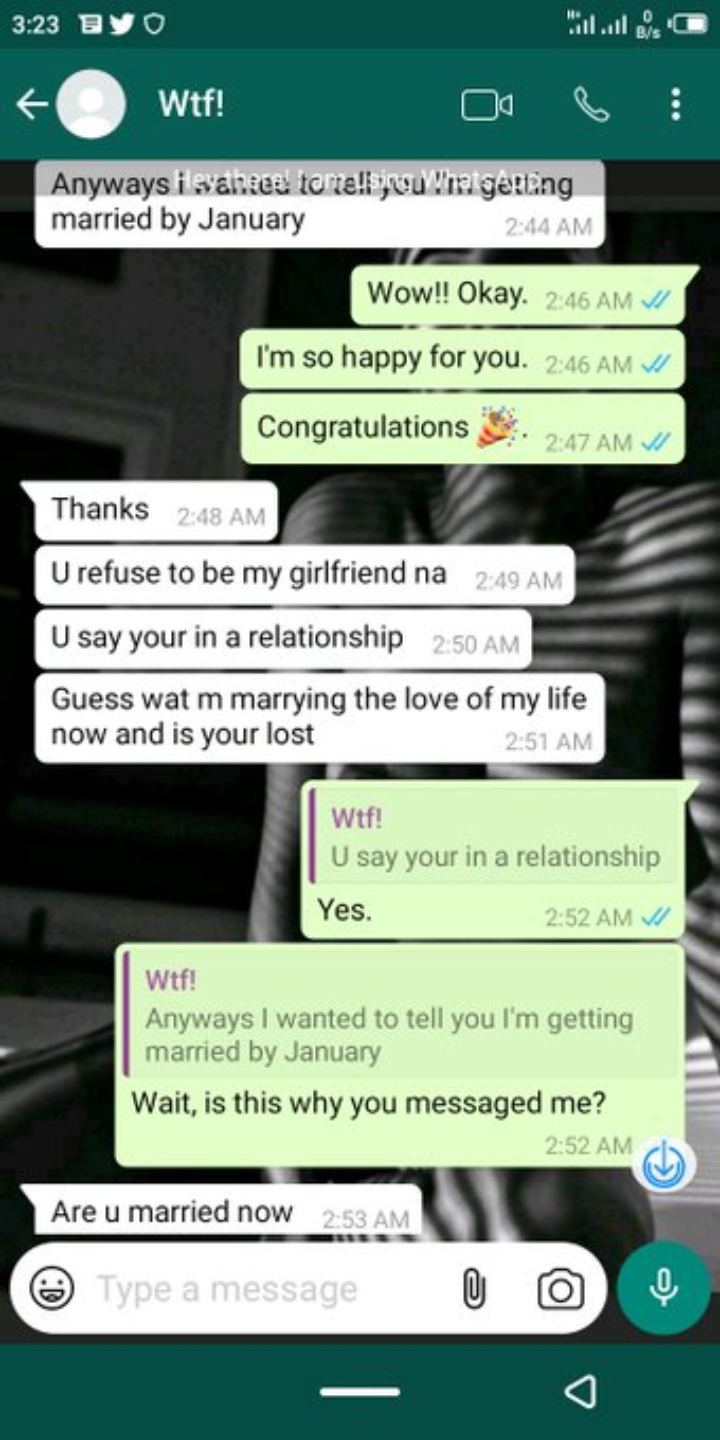 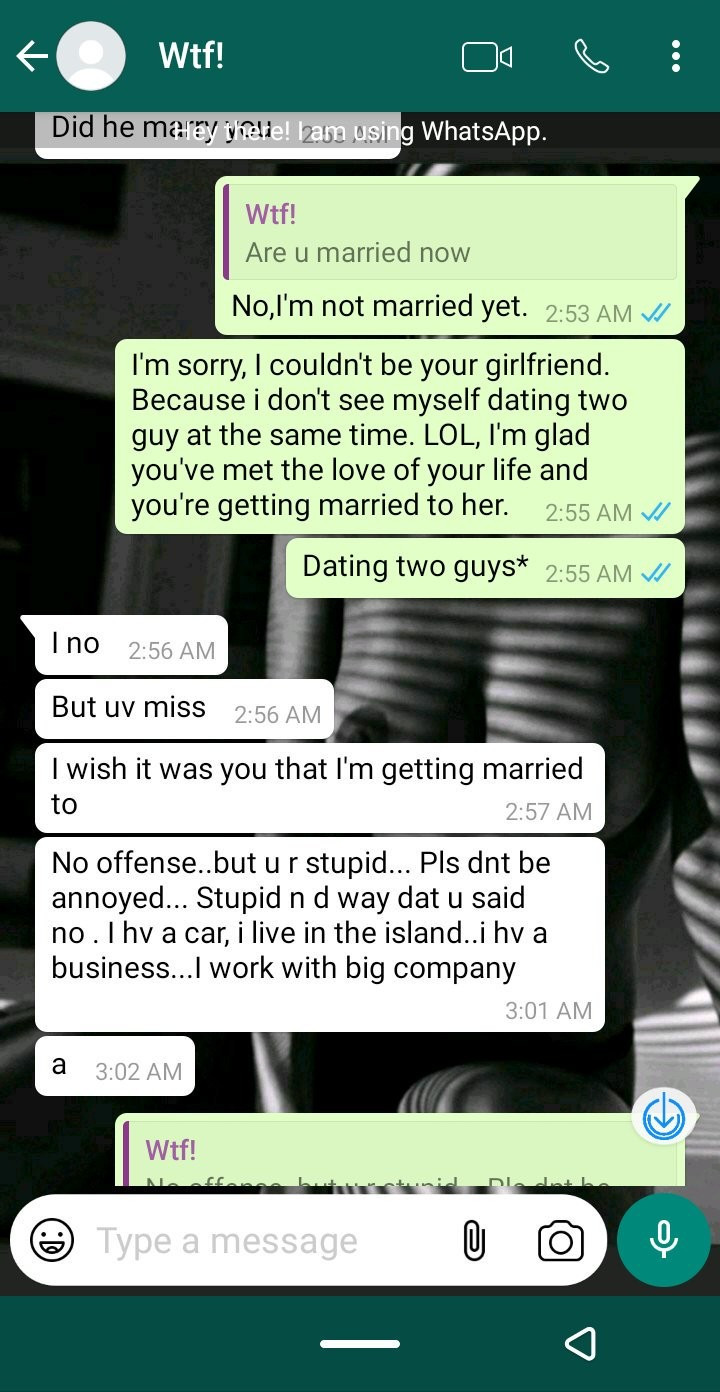 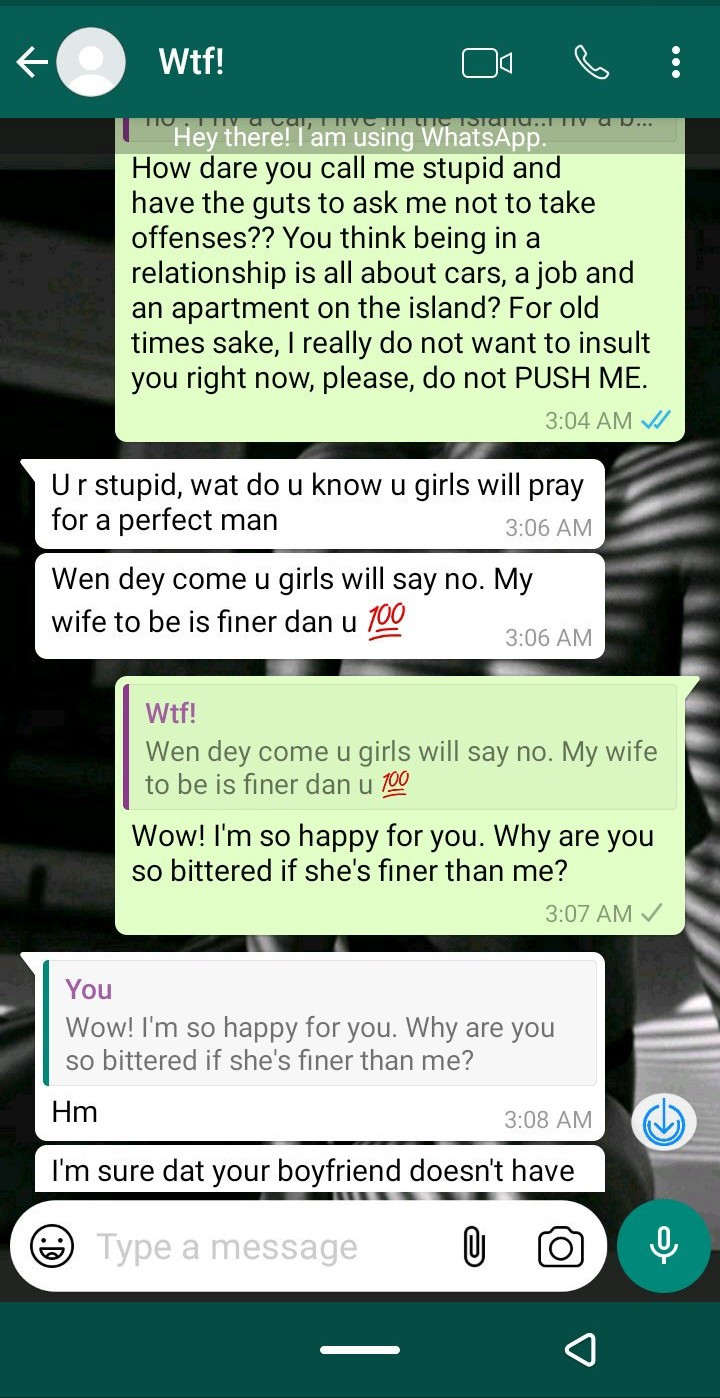 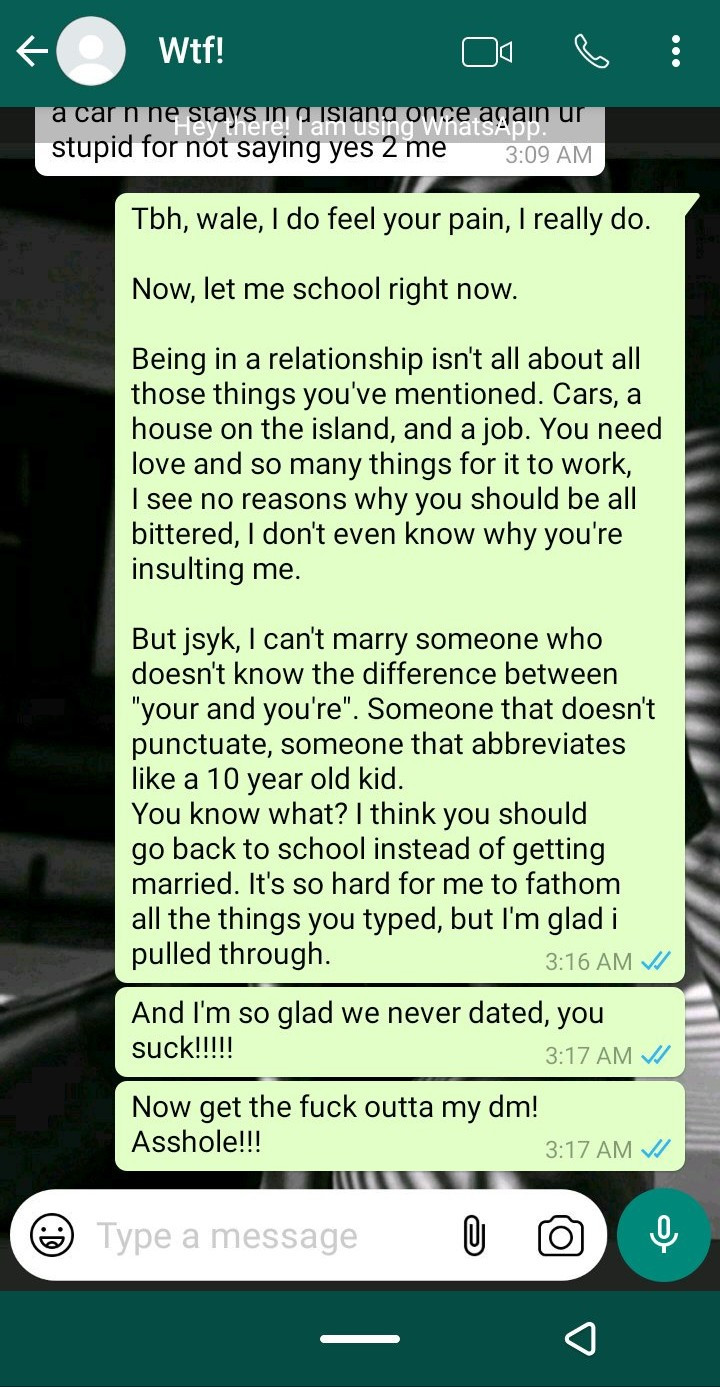