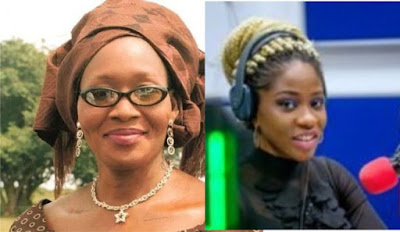 Mordi went undercover, hiding her identity in order to lure Dr Boniface Igbeneghu, a lecturer at the University of Lagos and pastor of the Foursquare Gospel Church.

The Senior lecturer was caught on camera demanding sex to help the reporter, who pretended to be an admission seeker, to get into the university.

The university and the church have since suspended him.


In a new development, Ms Olunloyo, who had been blocked by Mordi on Twitter, condemned the reporter.

#Sexforgrades by #kikimordi amounts to nothing but sensationalism. I don't like her, she's not a hero. She's blocked me for years as a radio person who doesn't respect her elders in the media industry. Her work with #BBCAfricaneye amounted to ENTRAPMENT and BAITING #ColdRoom 🙄 pic.twitter.com/R9PnvY2JPL
— Dr Kemi Olunloyo Pharm.D (@HNNAfrica) October 8, 2019

Olunloyo revealed that BBC had earlier contacted her for undercover investigation work.

She criticized those correlating her to Mordi, saying she has been working as a journalist for 25 years, with CNN placing a camera in her bra to go undercover at a party in 1994.

In her reaction, Mordi said she has unblocked Olunloyo and that someone should tell her to stop shedding tears.

“I have received subtle threats since this work was completed but I am not bothered because the BBC takes the security of employees seriously”, she told Sahara reporters.