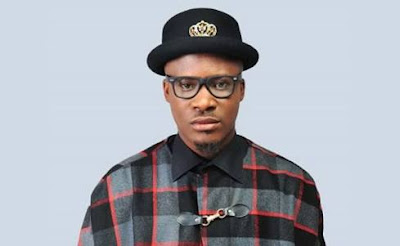 Afro-pop singer, Iledare Oluwajuwonlo a.k.a Jaywon, has expressed sadness over the newly released nominee list for the 13th Headies scheduled to hold on Oct. 19 in Lagos.

Jaywon, who took his twitter page to express how disappointed he felt, said that he was not satisfied with the committee nomination.

This is his exact word: ‘ The Headies Award committee have always been shit to me’.

The singer was angry over his songs ‘Aje’ and ‘Saro’ that was not nominated in either “Best Vocal Performance” or “Best Alternative Song’.


According to him, those two songs were supposed to be among the nominated ones but to his greatest surprise it was not so.

Jaywon launched his record label named Next World Music in 2013 after his exit from Kennis Music.

Jaywon was honoured with the Best New Artist award at the Nigerian Music Video Awards in 2009.

He also received Best Recording award at The Headies 2013 and the Tush Awards for ‘This Year’ song.

He has contributed immensely to the entertainment industry with his numerous songs like Aje, Saro, ‘Better’ ( Cover)/ featuring Tekno etc , thereby making the industry great.

Meanwhile, some fans took to his page to react to it, supporting his position, @RaiFoKun said ” That Best Vocal Performance (male) category for the 13 Headies is a bust!

Don’t know the exact parameters used, compared to folk on the list. ‘Aje’ by @JAYWONJUWONLO should have been made the cute for the year under review.

@Abiola VJ said” I am not saying this because Jaywon is my G. but come on…..’Aje’ and ‘Saro’ should both be heavily considered for Vocal Best Performance and Best Alternative Song list.

The organizers of the Headies on Oct. 1, announced the list of the nominees and most Nigerian music stars like Davido, Teni, Wizkid, Burna Boy got norminated.

The 13th edition of the Headies Award is aimed at honouring musicians, performers, producers, writers and other professionals for their exploits and it will be held on Oct. 19.

This year’s edition is tagged “The Power Of A Dream” and it will feature 29 unique categories to acknowledge and celebrate the work of various artists in different categories.