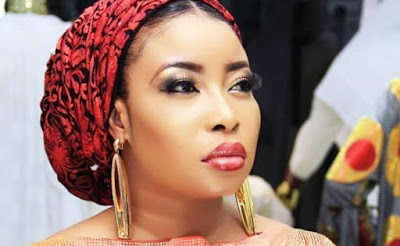 Controversial actress, Lizzy Anjorin has declared that she desires to be a full housewife of a wealthy man. Anjorin made this known on her Instagram page.

She noted that in another life, she would love to work less and enjoy.

“Belief me, when next I am coming to this world, I wanna be full housewife of baba olowo that has brain and heart. I swear work wan kill me. Abi na laziness dey worry me ni?” she wrote.

Undoubtedly, the biggest issue in the Nigerian entertainment industry in September was the raging feud between actresses Toyin Abraham and Liz Anjorin.

Anjorin had taken to her Instagram page to accuse Abraham of filing a report against her to Saudi authorities that she (Anjorin) was trafficking cocaine, which led to her being searched at the airport. Anjorin also alleged that Abraham often opened fake social media accounts to malign her colleagues online.


Anjorin, who was seething in anger in the series of videos she posted online, also claimed that Abraham delivered of her baby at a traditional midwife’s place, rather than at a hospital.