I don't want the title ‘Excellency' in front of my name — Gov. Sanwo-Olu 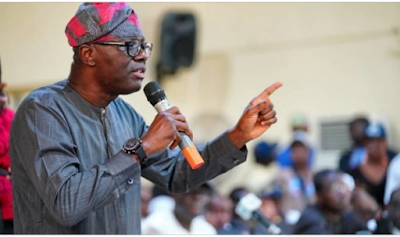 Governor of Lagos state, Babajide Sanwo-Olu, says the title “excellency” should only be used for leaders who have performed well.

He made this known this while addressing a congregation at the King’s Court Parish of the Redeemed Christian Church of God, Lagos, on Sunday.

The governor who said he does not want the title in front of his name, revealed he would come up with an executive order to ensure that a person will only be referred to as “excellency” after performing well on the job.

“I don’t want title in front of my name. I am actually going to come up with an executive order…this excellency thing, I think it is when you have finished and if you earn it, then you should be called excellency,” he said.

The governor, who has been criticised for the poor state of roads in the state, appealed to the people to be patient. He promised to ensure that the roads are repaired after the rains must have subsided.