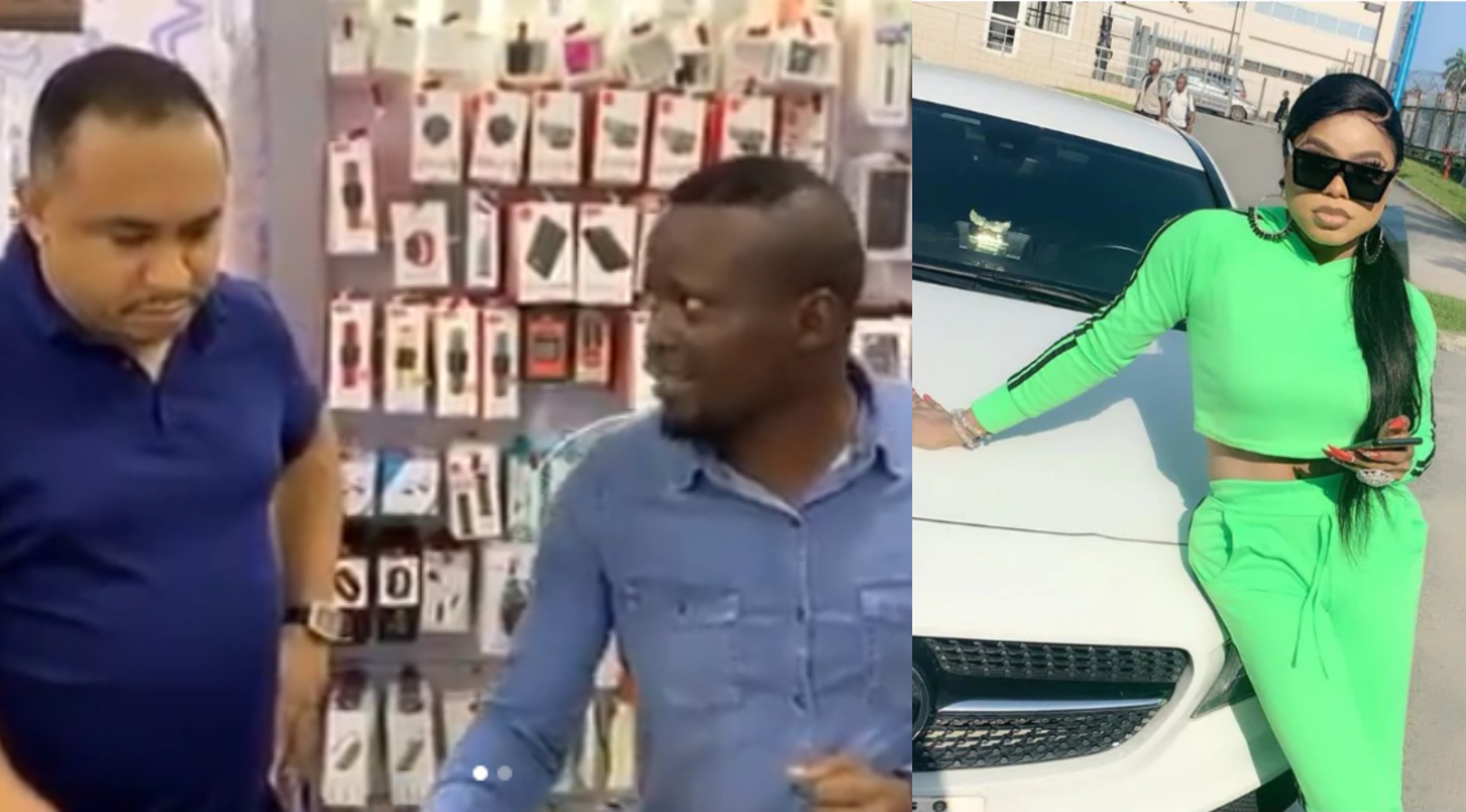 The man that assaulted Bobrisky after bashing his car has shared his own side of the story after being tracked down by Daddy Freeze.

Speaking to the media personality at a phone shop, the man blamed the incident on Bobrisky's unexepected use of his car's brake. He further revealed that his car's bumper got spoilt as a result of the accident but nothing happened to Bobrisky's car.

He claimed he told the crossdresser 'sorry' after the incident but he refused to move his car. He also said that he felt Bobrisky was woman which was why he was calm at first, but had to fight back after he took his phone.

The man told Daddy Freeze that the police told him to buy Bobrisky a new phone after his iPhone 11 max got damaged in the fight.


Here is the video below;


Man who hit Bob Risky’s car tell his story as I seek to make peace between them. - Full video at YouTube.com/daddyfreezeteaches
A post shared by FRZ (@daddyfreeze) on Oct 22, 2019 at 10:29am PDT