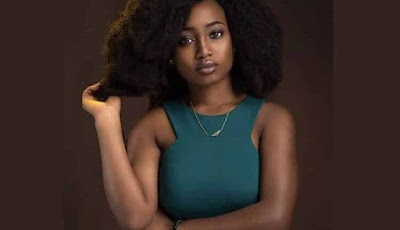 Esther Agunbiade BBNaija 2019 housemate has said she didn’t expect to get the kind of love and acceptance she got after the show.

The lawyer turned reality TV star noted that being part of the show has opened up a lot of opportunities for her.

Speaking in a chat with newsmen, Esther said:” I did not expect to get so much love after BBNaija, It was overwhelming. It has opened up a lot of opportunities for me. I didn’t expect anything because we were just in the house. In my head, I am still the same person I was when I got into the house. I came out and I found out that the love has been massive”.

Asked how she intends to cope with her new found fame, she said: “I intend to stick to the positives; we know the way the world works, good things comes with a little bit  of bad things.I am going to enjoy the negatives do not break me”.


Reminiscing on her BBNaija auditions, she stated that it was an intense experience.

” It was intense; I didn’t leave there till around nine at night. Few months later, I found myself in the house. Go there and be yourself”.