I am now a Christian- Kanye West declares 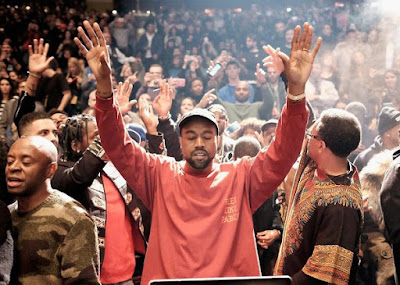 The 42-year-old entertainer’s religious disposition has become a subject of heated controversies among his followers. This is because he has been holding his Sunday Service worship services since the beginning of this year.

At the surprise listening party of ‘Jesus is King’, his much anticipated forthcoming album, at Howard University, Washington D.C, over the weekend, West announced he has become a Christian.

“I want to let you know that I am not here for your entertainment this afternoon. We are here to spread the gospel,” TMZ quoted him as saying while addressing the crowd who had gathered to listen to him.


“Excuse me if I mispronounce anything. I am a recent convert. It means I recently got saved within this year.”

His statement has sparked diverse reactions, with many believing it’s another publicity stunt.

Recall that Kanye’s wife,  Kim Kardashian-West recently got their children baptized in Armenia.


Thank you Armenia for such a memorable trip. So blessed to have been baptized along with my babies at Mother See of Holy Etchmiadzin, Armenia's main cathedral which is sometimes referred to as the Vatican of the Armenian Apostolic Church. This church was built in 303 AD.📷 @jackie_nickerson
A post shared by Kim Kardashian West (@kimkardashian) on Oct 10, 2019 at 12:04pm PDT