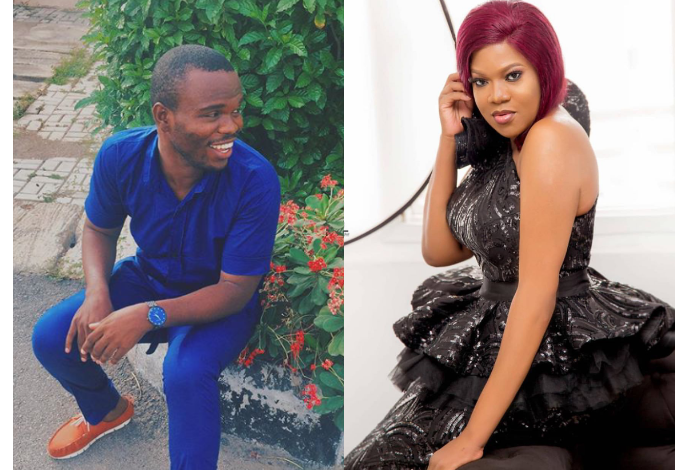 According to a former blogger, Tosin Silver Dam, he regrets being used as a tool to pull down actress Toyin Abraham.

In a confessional statement he made on social media, Tosin revealed that a fellow actress was desperately after Toyin’s fall, thus feeds him with various secret information about her.

After all attempts to pull her down was unsuccessful, the blogger is pleading for forgiveness from the actress who recently welcomed a baby boy, Ire.

His post reads: ‘ They say he whom God has blessed, no man can cause. I am a big fan of actress Toyin Abraham but I’m so ashamed to even say it. I was one of those that wrote terrible stories about her. I used to be a blogger, I was desperate for the clicks and views. I was the one that broke the news about her infidelity, how she maltreated her ex husband, how she does cocaine and also being a lesbian. I broke the news of her bad behaviors while on set of Iyabo Ojo’s movie in Ghana. Honestly speaking, it was never my attention to tarnish her image but as a desperate blogger I needed to grow my blog.

Sadly it was one of her close friends who is also an actress that gave me all these terrible information about Toyin, she leaked all her secrets, this actress hated Toyin, she wanted to tarnish her image by all means, she reached out to me to publish these stories. As a desperate blogger, I had no choice than to write the story and added some lies to spice it up. The story went viral, I was so happy, I got the clicks and views, I didn’t realize I was ruining someone else’s career, I have forgotten she’s also a human being like me.

I just want to use this medium to apologize to actress Toyin Abraham, I am so sorry. I’ve realized nothing can bring her down, so many people have tried to bring her down but she keeps rising above the hates, she keeps getting stronger and stronger. Where is my blog today? Or where is the actress who wanted to tarnish her image now? The so called actress’s career is in shambles… But look at where Toyin Abraham is, she’s bigger than ever and this is just the beginning. I am sorry @toyin_abraham.” 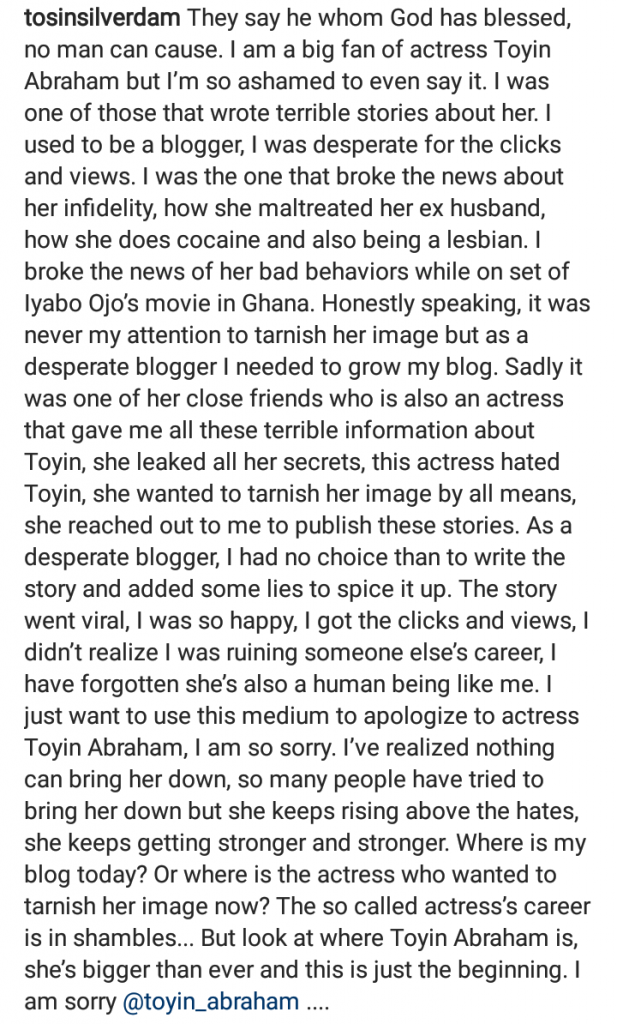