'How I mistakenly ate Fela's cake made with Indian hemp' 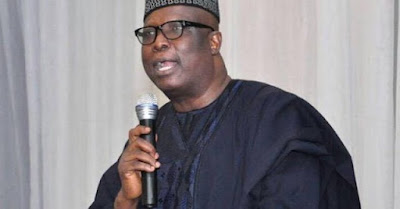 Senator Babafemi Ojudu, Special Adviser on Political Matters at the Presidency has revealed on a lighter mood how following Fela Anikulapo Kuti , the late Afro beat legend, on a trip and unknowingly eating his sponge cake, baked with marijuana, landed him in the hospital in Mushin, Lagos, in the 1990s.

Ojudu revealed this as part of his reminiscences on Fela to mark this year’s Felabration. The Senator was (and still is) not a smoker of hemp. No! What happened was unintentional.

It happened this way. Ojudu and other activists travelled with Fela to Abuja in solidarity with Olusegun Mayegun and other pro- sovereign national conference advocates who, because of their agitation, were detained and brought to court by the regime of Ibrahim Babangida, a former military president. When Fela left Lagos, he brought “sponge cake” which Ojudu and others ate. On getting to Lagos, the Senator found himself in a hospital in Mushin.

It was Beko Ransome Kuti, a medical doctor, who revealed to Ojudu that it was because of the “sponge cake” he ate (and that it was baked with igbo or Indian hemp) that made his head to spin endlessly.

In Ojudu’s own words: “On our way back from Abuja to Lagos, I continued sponging on Fela’s cake. We arrived Akure and decided to refuel and empty our bowels. Chief Gani Fawehinmi visited the bathroom. We almost lost him that night. If you know how spiritedly he walked you will imagine what I am talking about. Not seeing the drainage on his path he slipped into it one leg first and fell hard. We rushed to pull him up. It was scary. We thanked God then he didn’t hit his head on the concrete floor.

“We proceeded on our journey to Lagos eating Fela’s sponge cake as if it was going out of fashion. We arrived Lagos and I left for my home. The following morning I found myself in the heart of Mushin where Beko had his clinic being attended to by Dr Balogun. No one could explain what the matter was with me. I couldn’t decode it neither the doctor could. It was assumed it was exhaustion. And I was placed on intravenous drip.

“Later in the evening, Beko came to see me on my sickbed as he resumed his daily consultation at the poor folks’ enclave.

“What is the matter with you”, he asked.

“Feeling dizzy, not being able to stand on my feet and my head spinning, I told him. What did you eat in the morning? Nothing, I said. What of yesterday, he asked? I only had cake, I told him. “You bought it”, he asked. I took from the cake Fela brought along to Abuja, I said.

“It was not only that day I had passively smoked Igbo around Fela. If you were a journalist at this period or human rights activist, you had a seat at a special location at the Shrine. Dele Omotunde, that great journalist, now a Redeemed Church pastor, Lanre Arogundade, Femi Falana, Chuzi Udenwa, also now a pastor in the US among several others, were devotees of the Shrine and we had our special place then.

“I once returned home one day at about 4.00 am and had my headlight and my gaze and steps not stable. It took three days of sleeping before I recovered.”