How I frustrated Hazard at Lille –Enyeama 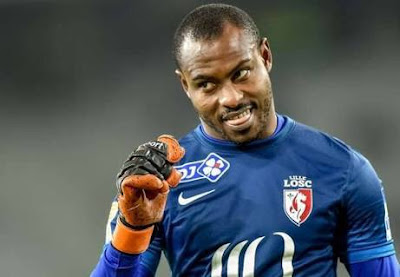 Former Super Eagles captain Vincent Enyeama has opened up on his time at Lille revealing how he frustrated Eden Hazard and Moussa Sow at the club.

Enyeama joined Lille from Israeli side Hapoel Tel Aviv in June 2011 and made 164 appearances for the Los Douges before he was released in August 2018.

In an interview with Get French Football News, the 36-year old who last played for Lille in April 2017 admitted that he was too good for the pair in training.

“I have always had good relationships with my colleagues,” said Enyeama, who emerged as the first goalkeeper to be named French Ligue 1 African Player of the Season during his spell at the club after keeping 17 clean sheets in 35 league games.

“Mickael Landreau (the first choice at that time) is an excellent guy, I remembered telling him.

“That I was not letting them score, I was not giving them enough confidence to prepare for the match. But then, what can I say, I remember telling Landreau that he should concentrate on his game, Rudi (Garcia) has already told me that I wouldn’t play.

“There’s no need to be worried. So he should relax. But we had a great time, a great relationship.”