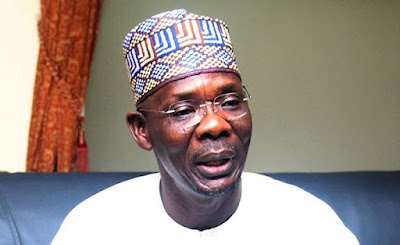 Governor Abdullahi Sule of Nasarawa State has said that any person elected as governor of a state has no justification to steal public funds.

Sule stated this during the closing ceremony of the 23rd National Quranic Recitation Competition organised by the Jamaatul Izalatul Bid’ah Wa Ikamatus Sunnah on Saturday in Lafia.

According to him, any person elected as governor and is found to be stealing public funds, require deliverance.

He said governors were well provided for in the scheme of things, and as such, only a diabolic governor would resort to stealing public funds.


“When I assumed office as governor, I realised that only those who have no true knowledge about God would steal or that their major preoccupation would be to steal public funds.

“Any person who is a governor and is stealing public funds, then such a person is in need of God’s deliverance,” he said.

The governor called on scholars and other educated elite to join politics in order to help to bring sanity to the system.

He dismissed insinuations that one must be wealthy before joining politics, stressing that as long as religious scholars kept avoiding politics, then they should be prepared to elect leaders who would betray their trust.