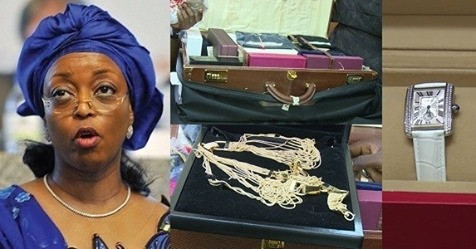 Internationally certified auctioneers have been invited by the Economic and Financial Crimes (EFCC) ahead of the planned auction of $40 million (about N14.4 billion) jewellery, recovered from a former Petroleum Resources Minister, Mrs Diezani Alison-Madueke.

Recall that in September 2019, a Federal High Court in Lagos granted EFCC's application for final forfeiture of the jewellery reportedly worth $40 million seized from Diezani's house. The trial judge, Nicholas Oweibo said Mrs Alison-Madueke failed to prove that the properties sought to be forfeited were not acquired with proceeds of unlawful activities.

Speaking at the ongoing EFCC stakeholders conference on crusade against cybercrime fraudsters, the anti-graft agency chairman, Ibrahim Magu said 242 trailers and tankers recovered from internet scammers will also be auctioned off.