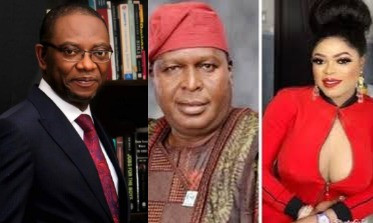 Former Director General, Bureau of Public Reforms, Joe Abah says the Director-General of National Centre for Arts and Culture, Otunba Segun Runsewe's ''obesssion'' to anything that has to do with Bobrisky, is officially becoming embarrassing.

Abah said this on Twitter while reacting to the recent interview granted by Runsewe in which he asked travellers and tourists visiting Nigeria to be careful of Bobrisky when they share public facilities with him.

According to Runsewe, anyone who shares toilet with Bobrisky stands the chance of contracting a toilet disease. He has in the past described Bobrisky as a ''National disease'' and someone ''Worse than Ebola''. 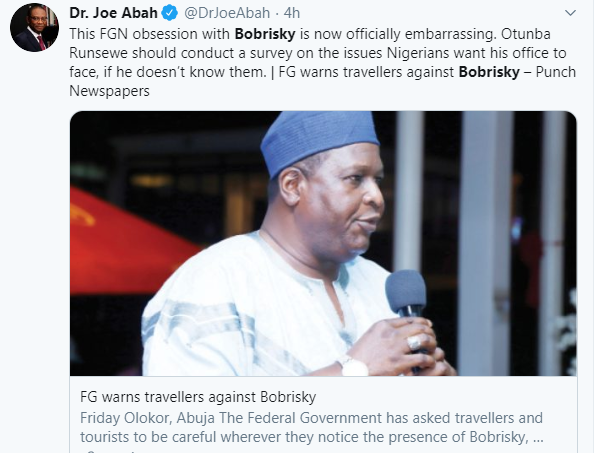