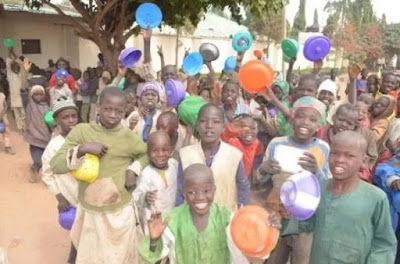 The federal government has voted N793 million to restart the Integrated Almajiri, Qur’anic and non-formal schools into formal education in ten states.

The new pilot project is expected to take no fewer than 10 million out-of-school children who are mostly Almajiris off the streets to acquire education and skills.

The government said that the existing Almajiri/Tsangaya schools lack vocational skills. The pilot test will take off in nine states, eight of them in the north and only Oyo State in the south.

The other states are Kano, Katsina, Sokoto, Niger, Adamawa, Bauchi, Yobe and Jigawa.

The government stated these in the Short and Medium Term Blueprint/Work Plan on the implementation of Education for Change: A Ministerial Strategic Plan (MSP) document obtained by newsmen in Abuja.

The government noted that by 2021, all Almajiri children would be fully integrated into formal school system.

According to the government, the previous 157 Almajiri/Tsangaya schools built by the federal ministry of education and handed over to states as provided for by law were abandoned.

The government blamed this on lack of sensitisation of religious community leaders and other stakeholders on the programme.

To avoid a repeat, the government said that it would hold series of meetings in four geo-political zones with the highest concentration of Almajiri children while a campaign on the new project would be held in the 36 states and the Federal Capital Territory (FCT), Abuja, to get a buy-in for the new project.