FG to stop salaries of workers not captured on payroll system

7:08 AM CuteNaija 0 Latest News in Nigeria 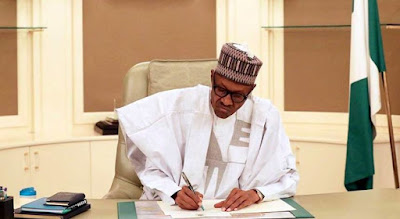 The Federal Government has reiterated its commitment to full implementation of the Integrated Personnel and Payroll Information System (IPPIS) this month.

Acting Head of Civil Service of the Federation (HoCSF) Mrs. Folashade Yemi-Esan dropped the hint yesterday in Abuja at a capacity building workshop, organised by the Chartered Institute of Personnel Management of Nigeria (CIPM).

According to the HoCSF, the government will block workers on the payroll of Ministries, Departments and Agencies (MDAs) not captured under the system from collecting salaries by the end of the month.

The CIPM, which was established in 1968 and chartered by Act No. 58 of 1992 as the apex regulatory body for the practice of human resource management in the country, has, as part of its core mandates, to develop and maintain high standards of professional competence and ensure that the management of human resources, both in the public and private sectors, conforms to professional standards.

The workshop, held in collaboration with the office of the HoCSF, was attended by the Heads of Service (HoS) and permanent secretaries across the 36 states of the federation.

Stressing the need for others to key into the IPPIS initiative, Dr. Yemi-Esan explained that it was one of the mechanisms introduced by the government to improve efficiency in service delivery.

According to her, the system has very good objective, which was meant to improve efficiency in the payroll system, enhance data integrity, eliminate ghost workers and consolidate staff records and management.

She, however, said that while appreciable work had been put in place since the commencement of IPPIS, the process had also met with some impediments, particularly the refusal of some public servants to be enrolled.

The HoCSF said: “Notwithstanding this, however, we are working round the clock to remove all the bottlenecks for the full implementation of the module, particularly following Mr. President`s directive to that effect come October end.”

Tasking the HoS on service delivery in their respective states, Mrs. Yemi-Esan said that public service had tried to reform itself and that a lot had been done, although the result had yet to be achieved.

She said: “You will agree with me that managing people, which is crucial for change, is the most challenging and the most critical component of any institutional or organisational transformation process.

“A very good example, which many of us can relate to, can be drawn from the period between the late 90s and the turn of the millennium when government initiated moves to introduce e-governance to the public service.

“First, by introducing ICT tools such as desktop computers to replace the manual typewriters, I discovered that the innovation met with the considerable amount of resistance, particularly from those who felt that their securities were threatened and that their schedules will be taken away from them.”

In his presentation entitled: “Role of the Professional-led Bureaucracy in nation building”, former Nigeria’s Permanent Representative to the United Kingdom (UK), Dr. Christopher Kolade, advocated for giving chance to professionals in all sectors of government system.

Kolade said this was in the best interest of nation building, as they could play significant role in developing the needed human capacity with their God-given skills.

As the country was transforming the public service sector, he called on public servants to demonstrate professionalism, transparency and impartiality in the performance of their duties, if the nation would achieve its objectives.

In his opening remarks, the President/Chairman of CIPM Governing Council, Wale Adediran, said the purpose of the workshop was to obtain skills to transform the nation’s public service into the 21st century service system.