FG renovates FGGC Langtang — after report on pimping of schoolgirls 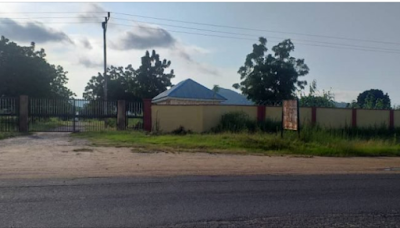 The Federal Government Girls College (FGGC) Langtang, Plateau state, has finally been renovated following a report that detailed some anomalies in the school.

The lack of a perimeter fence aided the pimping out of schoolgirls by a certain security guard. This sparked outrage and a panel was set up to investigate the development. Not much has been heard of the outcome of the probe.

Established 41 years ago, the school has hardly been renovated despite the provisions for such in successive budgets.

But about two years after the earlier report, it was observed that the school had been fenced round.

The reporter observed that the students – currently in session – are now enclosed in a wall painted in milk and brown colours.

Apart from a checkpoint seen not too far from the main gate, the security guards at the gate were suspicious of movements around the school.

Speaking, a member of staff said fencing of the school took a year. He said parents now have confidence that their wards were safe in school.

“The perimeter fence was done between last year (2018) and this year (2019). It was last term but I’m not sure about the particular month. It should be July or August that they finished the fencing,” he said.

“With the perimeter fencing, parents are now confident. To a large extent, there is no security challenge.”