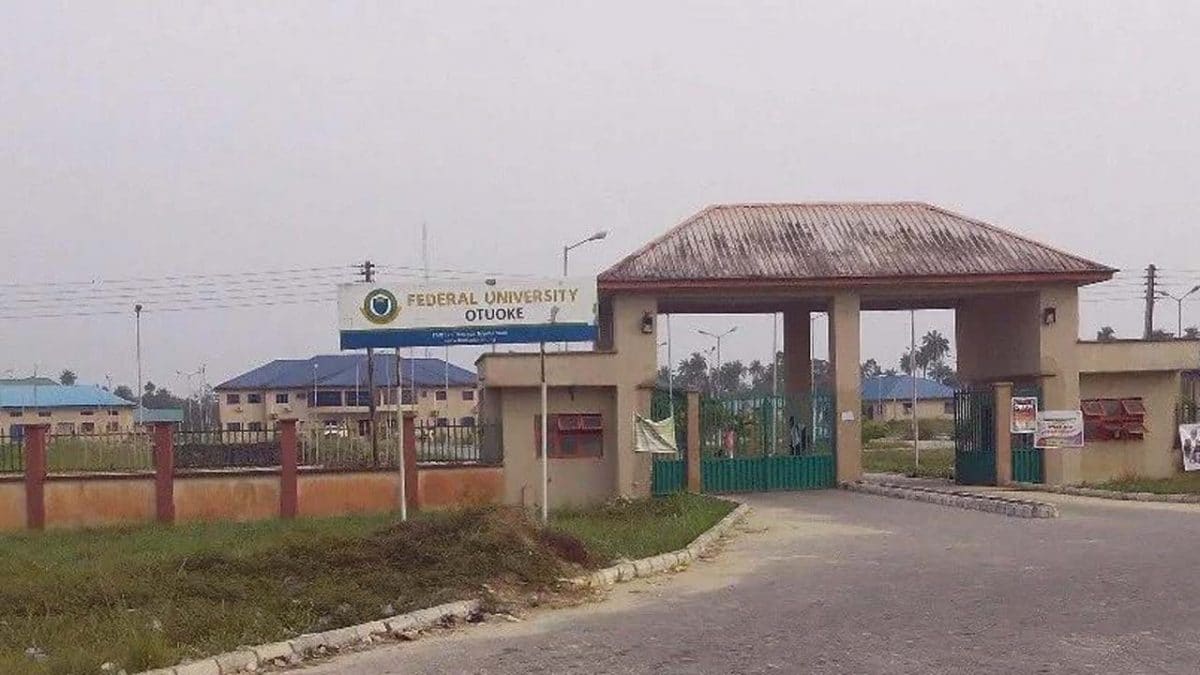 There is rising fear among the students of the Federal University Otuoke (FUO), in Otuoke Community in Ogbia Local Government Area of Bayelsa State over the mysterious killing of two undergraduates by unknown persons with corpses dumped inside the University community.

One of the victims, identified as Edwin Tochi Eze, popularly known as Tochiba, was a 100-level student of the Mathematics Education department and recently won the Mr. Education Contest for Male category, was found dead on Tuesday his birthday night with multiple machete cuts and dumped along a street close to his hostel of residence.

The other victim simply identified as Chimzi Ejekwu Lloyd popularly known as Chimzi, was found dead in a bush with a gunshot wounds on the chest and reported to have been shot at a close range.

It was gathered that a close friend to Tochi known as Sammy Majestic had on Monday declared him missing.

According to Sammy, “We were together yesterday evening during our normal jokes and play, he ran out of the house and did not come back. We were very worried and have contacted his friends and family. We even called his phone but it was switched off.”

His lifeless body was later discovered close to his residence on Tuesday.

Another close source disclosed that they were celebrating Edwin’s birthday in his hostel room and he suddenly ran out of his room soaked with water poured on him as signs of celebration, but that was the last time he was seen until he was found dead.

Some security sources expressed fear that the mystery killings may be due to a silent cult war going on in the area.

The case has, however, been transferred to the Criminal Investigation Department of the State Police Command in Yenagoa, the State capital.

When contacted, the Vice Chancellor, Prof. Seth Accra Jaja informed our correspondent through text message that he was in Abuja on official duty and directed him to contact the Deputy Vice Chancellor.

Attempts, however, to reach the DVC proved abortive.

It was however, gathered that the authority of the institution led by the Vice Chancellor, Prof. Seth Accra Jaja had on Tuesday summoned an emergency meeting with the Student Union Government (SUG) led by Comrade Debekeme Kojo, ethnic leaders, various faculty executives and departmental executives and the leadership of the Otuoke community, over the recent Issues of insecurity challenges among the student community.

The meeting, presided over by the Deputy Vice Chancellor, Prof. Bio Nyananyo, identified the various forms of criminal activities were raised with security mechanism of handling such cases as it affect the student community.

He said, “Having heard the views and opinions of various leaders,the institution made it clear that the issue of insecurity will be dealt with meticulously by engaging various security apparatus such as forming alliance with the host community to checkmate the activities of criminals.

“We should note that security is every man’s business and as such we must be very vigilant and report incidents of crimes to the appropriate authorities. The school management has also provided a platform in which we can dispatch information as regards to suspected cases within our neighborhood.”

When contacted, the Police Public Relations Officer, Butwats Asimin, confirmed the situation and said the corpses have been deposited at the Federal Medical Centre (FMC), Otuoke, for further investigation.