6:58 AM CuteNaija 0 Latest News in Nigeria 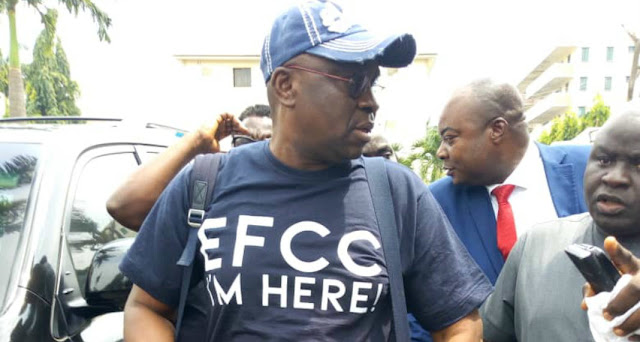 The trial of a former Ekiti State governor, Ayodele Fayose, for an alleged N2.2bn fraud started afresh on Monday, with the Economic and Financial Crimes Commission presenting witnesses it had earlier called to testify.

The EFCC called the witnesses it had presented about a year ago when the trial first opened before Justice Mojisola Olatoregun of the Federal High Court in Lagos.


The anti-graft agency had already called 13 out of the 22 witnesses it listed in the case before the case file was withdrawn from Justice Olatoregun in June and re-assigned to Justice C.J. Aneke of the same court.

Fayose, alongside his company, Spotless Limited, is facing 11 counts bordering on criminal breach of trust, theft and money laundering.

At the Monday proceedings before Justice Aneke, an official of Zenith Bank Plc, Lawrence Akande, testified as the EFCC’s first witness.

Akande told the court that as a zonal head of his bank, he had a relationship with Fayose and had “solicited his patronage.”

The banker said he knew the ex-governor to be someone of high net worth from whom he could get sufficient deposit for his bank.

“A man of low means does not become the governor of a state,” the banker said under cross-examination by Fayose’s lawyer, Mr Ola Olanipekun (SAN).

He told the court of an occasion in 2014 when Fayose allegedly asked him to pick up money for him at the Akure Airport.

In the charges, the EFCC alleged, among others, that Fayose on June 17, 2014, “took possession of the sum of N1, 219, 000,000 to fund your 2014 gubernatorial campaign in Ekiti State, which you reasonably ought to have known formed part of the proceeds of an unlawful act, to wit: criminal breach of trust/stealing.”

The ex-governor was also alleged to have, on the same day, “received a cash payment of $5,000,000 from Senator Musiliu Obanikoro, the then minister of state for defence, which sum exceeded the amount authorised by law and you thereby committed an offence contrary to Sections 1 and 16(d) of the Money Laundering (Prohibition) Act, 2011 (as amended) and punishable under Section 16 (2)(b) of the same Act.”