BBC Africa Eye’s on Monday released a documentary targeted at lecturers in some West African universities harassing their students for sex in exchange for grades/marks. 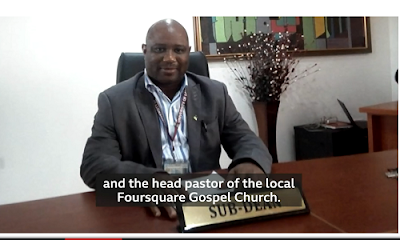 The sex for grades allegations rocking Nigerian institutions of higher learning has come to the fore once again. A documentary by the British Broadcasting Corporation (BBC) has indicted a senior lecturer in the University of Lagos, Prof. Boniface Igbeneghu.

The documentary spanning 13 minutes, 44 seconds was posted on the official website of the BBC.

Interestingly, the BBC disclosed that nine months of covert investigations had led it to Igbeneghu. Igbeneghu, a sub-dean was accused by several current and former students of sexual harassment. In fact, the lecturer was accused of being deep in the practice of exchanging sex for grades.

Moreover, Igbeneghu is also the head pastor of the local Foursquare Gospel Church in the institution.

As part of its investigations, a 17-year-old undercover reporter was used by the BBC in exposing the lecturer. The reporter pretended to be a student seeking admission into the University of Lagos (UNILAG).  However, she was wired with a panic button which, if secretly activated, would alert a team of BBC representatives nearby. Also, she wore a secret body camera.

Igbeneghu, who invited the teenager to his office for a number of tutorials, subsequently began to have inappropriate conversations with her. On their first meeting, he commented on her appearance.

“Do you know that you are a very beautiful girl,” he asked her. “Do you know that I am a pastor and I’m in my fifties. What will shock you is that even at my age now, if I want a girl of your age – a 17-year-old, all I need is to sweet tongue her and put some money in her hand and I’ll get her,” Igbeneghu said to her on camera.

Lecturer cites ‘cold room’, says sex for grades practice rampant in UNILAG
In their second meeting, he prayed with her. Subsequently, he promised to help her gain admission into UNILAG. Towards the end of the meeting, he began to ask about her sex life. Igbeneghu sought to know when she started having sex. Thereafter, he promised to keep their discussions and other activities private.

In their third meeting in his office on campus, Prof. Igbeneghu described a secret place where lecturers meet female students on campus. The location is the Senior Staff Club and a room upstairs which he described as ‘the cold room’. Further, he told the undercover reporter how relations with lecturers come with benefits – sex for grades. 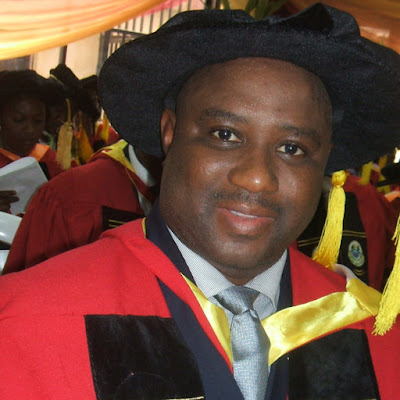 In their final meeting, the lecturer became bolder with his inappropriate requests and behaviour. He asked the undercover reporter if she wanted him to kiss her. Next, he asked her to turn off the lights and lock the door. When she failed to do so, Prof. Igbeneghu did so himself.

Subsequently, he urged her to come closer and wrapped his arms around her. When she sought to go to the toilet, he released her and subsequently mocked her when she returned, calling her ‘a baby’. Next, he warned her not to tell anyone else he would report to her mother that she was disobedient.

In the course of the investigations, the BBC also spoke to several other victims. The ladies – all former students of UNILAG – claimed they were abused by the same lecturer.

Other victims speak up
Another victim revealed that she had attempted suicide four times since she graduated. She alleged that she was sexually abused on multiple occasions by the lecturer.

“I never, ever gave my consent once. There was a time he was preparing for Bible studies and he was groping me and he was writing down Bible scriptures.”

Despite repeated requests, the lecturer failed to react to the BBC’s allegations. Also, authorities of UNILAG dissociated itself from the lecturer’s actions. It revealed to the BBC that the institution had a zero-tolerance policy on sexual harassment. Furthermore, it refused to comment on the alleged ‘cold room.

Meanwhile, the BBC documentary also exposed a lecturer at the University of Ghana, Dr. Paul Kwame Butakor. Dr. Butakor was also filmed requesting sex for grades from an undercover reporter.

The reporter had posed as a final year student seeking admission to pursue a Masters’ degree. The BBC claimed that weeks of painstaking interviews with students led them to the lecturer.

It should be recalled that last year, an embattled former lecturer of Obafemi Awolowo University (OAU) Prof. Richard Iyiola Akindele was reportedly sentenced to two years in prison for sexually molesting female students.

After these lecturers are exposed, what next, will truth be swept under the carpet with evidences like this or will justice prevail to liberate victims and reduce to barest future occurrences? let’s keep our fingers crossed as the events unfold.