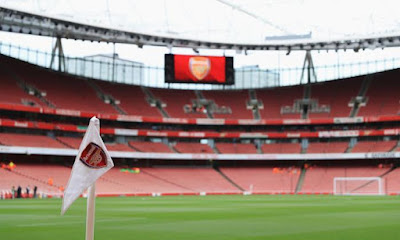 A 1-0 defeat against Sheffield United on Monday means Arsenal missed out on the chance to move up to third place in the Premier League.

Before Monday’s game, Unai Emery’s men were unbeaten in eight matches, including five in the top flight, but came unstuck at Bramall Lane.

Lys Mousset scored the only goal of the game half an hour in, coming shortly after Nicolas Pepe had failed to round off a swift counter.

Arsenal had a strong penalty appeal turned down and ultimately could not find a way through, leaving them fifth in the table and winless in four league visits to Sheffield United.

Jack O’Connell headed down a corner into the six-yard box, where Mousset was waiting to pounce to double his tally for the season.

The visitors were further frustrated when Bukayo Saka was cautioned for simulation as he went down in the box, despite arguing that contact was made by Enda Stevens.

Granit Xhaka had a long-range drive pushed aside by Dean Henderson and the same player glanced over just before half-time.

Despite frantic efforts as Pepe was again denied by Henderson from a free-kick and Sead Kolasinac headed over from a good position, Arsenal were unable to find an equaliser on another day of frustration for Emery.