EFCC foils plans to smuggle Maina out of custody 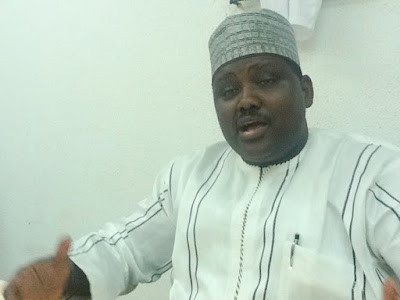 Seven operatives of the Economic and Financial Crimes Commission (EFCC) have been arrested in connection with a plot to smuggle former Pension Reform Task Team (PRTT) chairman AbdulRasheed Maina out of the anti-graft agency’s custody.

They are undergoing investigation along with a woman, Zainab Abbas, to determine their involvement in the plot.

Recall that Maina is being detained by the anti-graft agency which is probing him for alleged N2.1 billion fraud.

According to a report by The Nation, an official of the agency alleged on Monday that Zainab Abbas, who visited Maina, coordinated the failed attempt to spirit Maina out of custody.


According to the source, the seven EFCC men were on duty when the plot was to be carried out.

The source added: “Intelligence was received about the plot on October 17.

“That night, one Zainab Abbas was smuggled into the visitors’ area to meet with Maina. She was with her telephone.

“She was alleged to be making efforts to procure some purported military personnel to execute the plan to get Maina out in a commando style.

“It could not be immediately ascertained if Maina was in the picture of what was being planned or if Zainab was contracted by members of pension syndicate to set Maina free.

“Operatives on duty that night were arrested, questioned and detained. They are being investigated for suspected complicity

“But contrary to the rules, Zainab was allowed to use her phone during an audience with Maina.”

The source added: “The Acting Chairman of EFCC has ordered additional security measures around Maina in the facility where he is.

“All his visitors will henceforth be subjected to EFCC’s guidelines.”

“The is also undergoing interrogation. We believe the plot might also be a ploy by the woman to get money from Maina.”